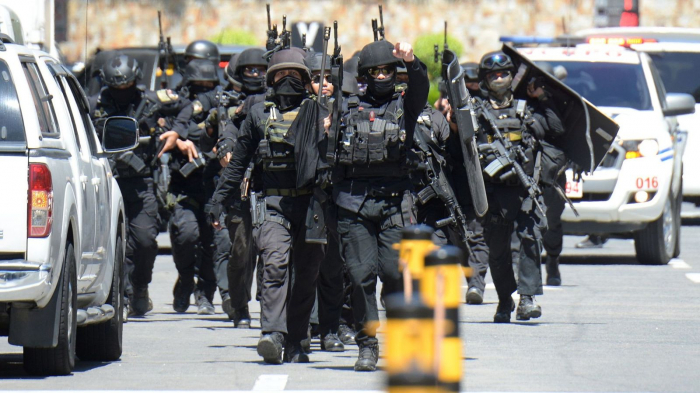 A negotiator is trying to talk to the gunman, who is holed up inside an office at the shopping complex with the hostages.

A security guard has gone on a shooting rampage after losing his job at an upmarket shopping centre in Manila - taking about 30 people hostage.

More than a dozen special armed forces are inside the mall in the Philippines capital, which has been evacuated and is surrounded by emergency services as the stand-off continues.

At least one person has been shot, but they are believed to be in a stable condition at a nearby hospital.