How to break the depression cycle 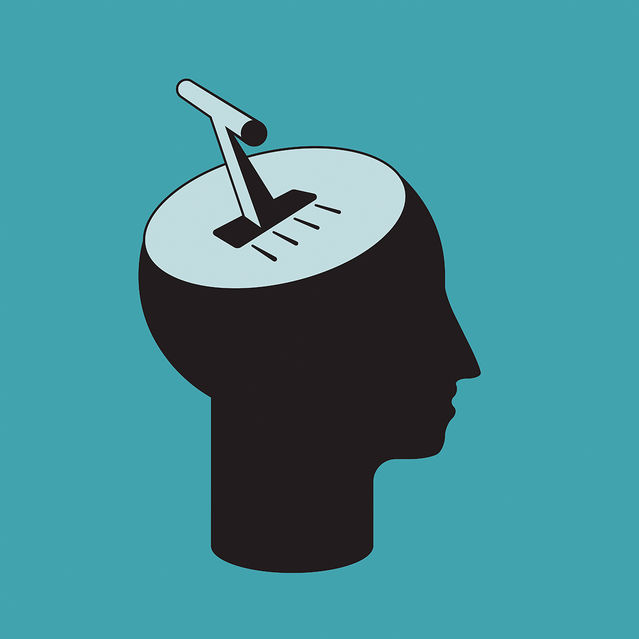 The instinctual response to negative experiences sets off cycles of avoidance that feed the beast of depression. That’s when it’s necessary to work against instinct.

What is depression? Is it a normal reaction to difficulty and loss? A problematic way of coping? A disease of the brain that has little or nothing to do with psychology? Even though depression is the leading cause of ill health and disability worldwide, there remains much confusion and debate about the best way to conceptualize it. I argue that we should think about depression as a state of behavioral shutdown, “biological” in an evolutionary sense but not necessarily a disease of the brain. This explains why some people are more prone to getting depressed and how they might climb out of a depressive cave—or set up their lives to prevent ever getting into it.

To grasp why it is more productive to regard depression as a state of behavioral shutdown, rather than a disease of the brain, we need to understand something about the evolution of the animal mind. From an evolutionary perspective, animal behavior can be thought of as the process of expending energy to control the environment in accordance with goals. Many of our goals are grounded in deep motives that connect to survival and reproductive success—we strive for control of resources and territory, status and belonging, better food, and more appealing mates.

However, the behavioral investment needed to acquire and maintain such resources is expensive. It costs energy in terms of both basic calories and increased risk of injury and loss. Resources are not always available, and behavioral action is not always successful. What’s more, competition can be fierce; we can end up defeated or rejected.

Animals generally work to maximize the benefit-to-cost ratio of their actions, either by increasing benefits or by decreasing costs. Increasing benefits is associated with actively acquiring some resource (food, sex, status) in the environment via behavioral investment. The intensity of actively working to increase benefits can be considered a measure of desire.

Decreasing behavioral investment can also be a way animals deal with the cost-benefit ratio. Nature itself deploys many types of behavioral shutdown—sleep, hibernation, exhaustion—to decrease behavioral expenditure. Depression can emerge as a state of shutdown when we perceive a lack of opportunities for positive investment in a world full of threats. A shift in mood occurs as the positive emotional investment system is toned down and the negative emotional system is jacked up.

The behavioral shutdown model (BSM) of depression efficiently explains many features of depression. For example, it immediately captures the core presentation—a fundamental shift in mood and mindset toward the negative and away from the positive. People exhibit increases in sadness, irritability, shame, and anxiety in addition to anhedonia, an inability to experience pleasure.

Seeing depression as behavioral shutdown explains why depression is more likely to be found in situations that are chronically dangerous or humiliating or that repeatedly result in failure to achieve one’s goals. And it accounts for why depressed individuals often experience fatigue, focus on past losses, tend to discount future gains, have difficulty starting new activities, and experience problems with sleeping and eating.

Some people are by temperament particularly vulnerable to depression, quicker than others to shut down behaviorally in response to failure or rejection. Studies document that there have been significant increases in the number of people who are getting depressed, especially among the young.

The BSM highlights four key variables that help explain this phenomenon: a mismatch between modern lifestyles and those to which our bodies and brains are adapted, adverse life events that are hard to escape, individual differences in levels of negative emotion and negative emotional reactivity, and problematic coping styles that drive individuals into the emotional bleakness of depressive “caves.”

In his excellent book The Depression Cure, psychologist Stephen Ilardi blames modern lifestyles for what he sees as an emerging epidemic of depression. He cites research suggesting that people who live in traditional hunter-gatherer communities are much less likely to be depressed. There’s risk of an evolutionary mismatch between modern life and the environment our minds and bodies evolved to live in.

Just as we experience tooth decay because we eat very different kinds of food than our ancestors did, so we are inclined to depression because the fast-paced, socially fractured lives we lead differ from the close-knit tribes in which our ancestors met the challenges of survival and reproduction in natural environments. We can become socially isolated. Our modern lifestyle makes us vulnerable to getting trapped in cycles of shutdown.

But, of course, not everyone living in the modern world is depressed. People have differing temperaments and styles of coping and they experience varying levels of stress and adversity. Research demonstrates that the more psychological injuries and adverse and highly stressful events (abuse, neglect, highly conflictual relationships, trauma) individuals experience, the greater the chance they have of becoming depressed over their lifetime.

Individuals also vary greatly in how reactive their negative emotional system is in general. Those who have highly sensitive negative emotion systems are said to be high in trait neuroticism (TN). Someone who is high in TN is more sensitive to stressors, is more likely to have frequent activation of negative emotions, has more intense negative feelings, and experiences them for longer periods. Not surprisingly, people who are high in TN are prone to develop anxiety and depressive disorders.

The way people cope with stress and respond to their feelings is another major contributor to depression vulnerability. Individuals who react to problems by avoidance and have strong critical thoughts about themselves and their negative feelings are likely to set off an inner battle that leaves them depleted, stressed, and vulnerable to ending up depressed.

The most common pathway to a depressive shutdown that I see is a downward spiral: (a) difficult stressors that trigger (b) strong negative emotional reactions that (c) result in the instinct to avoid and withdraw, which resolves nothing but only (d) makes things worse and ends up (e)generating more negative reactions.

Consider an exchange I had with Denise, a middle-aged woman who came into my office struggling with her third major depressive episode. “I don’t want to do it,” Denise said to me, her eyes looking down at the floor. The “it” was decorating her house for the holidays. Denise’s dog had died two weeks earlier. She had been feeling a bit low before that, and with the unexpected loss, the bottom dropped out of her mood. “I just don’t see the point,” she said. “All I see is pain. I just want to go home and get into bed and pull the covers over my head.”

When individuals are hard hit by depression, the landscape of their mental vision narrows; pain, hopelessness, and helplessness are most prominent in their mind. Denise’s response is an example of what I call the paradox of shutdown. The instinctual response to depression is to avoid and withdraw. Unfortunately, such a response often makes things worse.

To interrupt the cycle of shutdown, one needs both an attitude of hope and the willingness to expend effort to do things differently. Yet, depression saps one’s energy and leaves one depleted, making the expenditure of effort difficult. That contrast is what I call “the paradox of effort.” That is why it is so important that individuals learn ways to stop and even reverse the cycle.

If depression is a state of behavioral shutdown that often emerges from vicious downward spirals, then it makes sense to be aware of shutdown cycles and to counter them with strategies that lead to more positive investment. I advocate for fostering awareness, acceptance, and active change toward more valued states of being.

Consider how I responded to Denise: “I am sorry you are in so much pain,” I said. “It is because you are in such pain that we need to take care of you the right way. We need to both hold on to your feelings and help you respond to them in a way that is helpful and does not drive you deeper into a depressive cave.”

Denise and I then discussed her options and played out the two scenarios of decorating or not decorating her house. As she envisioned her young son realizing that she was not going to decorate the house for the holidays, she felt a sting of pain. “That would really hurt him,” she said.

I followed up: “Perhaps we should think about doing it for him. Is there a way to both attend to your feelings and motivate yourself toward acting in a way that would help you and those around you?”

We then planned out her tasks in detail and after listing the steps she could take, she felt she could hold on to her depression and her grief but muster the energy to act anyway. Later that week she called to say that she was glad she did. “We decided to put up a picture of Jackson (the dog) and decorate it. We cried some, but I think it was a nice moment. I know my son is glad we decorated the house. Thanks for helping me see that.”

Notice that my questioning helped Denise become aware that she was in a mode of depression that oriented her to avoid and withdraw and that made sense at one level. There was no attempt to dismiss her pain; rather, we worked with it.

What we didn’t do was give in to the impulse to avoid and withdraw. Instead, we explored the consequences of shutting down relative to other forms of engagement, and we oriented her to do the thing that would move her toward her valued way of being. This way of responding to cycles of shutdown is grounded in what psychologists call “behavioral activation,” the single most scientifically validated principle for reversing cycles of depressive shutdown.

The BSM points toward several lifestyle elements we can manipulate to make us more resistant to depressive cycles. Most obviously, we should minimize exposure to serious adverse experiences like neglect and abuse. Ilardi also recommends increasing intake of omega-3 fats, increasing activity (in order to decrease rumination), engaging in physical exercise, finding sources of social support, increasing sunlight exposure, and improving sleep hygiene. All are proven ways of counteracting pathways of depression.

In addition to incorporating such changes into daily life, many of us could also benefit from learning skills of healthy coping under duress and of recognizing and holding negative emotions without reacting to them. Such skills are particularly important for people who are high in trait neuroticism. They are also invaluable to those who tend to be self-critical and those who cope by avoiding and withdrawing.

Avoidance may feel like the most natural response in the world. But it will never pull anyone out of the cave that is depression.