What is children's level of risk for coronavirus? Here's what you need to know 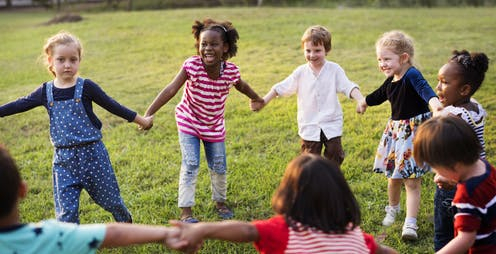 The new coronavirus SARS-CoV-2, which causes the disease COVID-19, has infected nearly 90,000 people and caused more than 3,000 deaths so far.

Parents are understandably concerned. But it's important to keep in mind that comparatively few children have tested positive for the virus, and deaths in children are very rare.

Here's what we know so far about how children are affected.

Remind me, what is COVID-19?
COVID-19 is caused by a new strain of a family of viruses discovered in the 1960s. Coronaviruses get their name from a distinctive corona or "crown" of sugary proteins surrounding the virus when seen under a powerful microscope.

Coronaviruses circulate in humans, usually causing a mild illness with cough and a runny nose. Coronaviruses are also frequently found in animals with speculation COVID-19 emerged from animals, most likely bats.

In 2002-03, SARS-CoV (Severe Acute Respiratory Syndrome Coronavirus) emerged in China spreading to North America, South America and Europe. More than 8,000 cases were identified and around 10 percent of those infected died.

MERS-CoV (Middle East Respiratory Syndrome Coronavirus), emerged from camels in Saudi Arabia in 2012. A large outbreak followed in South Korea in 2015. Nearly 2,500 cases have been reported and 34 percent of those infected died.

SARS-CoV and MERS-CoV infection in children is less commonly reported than would be expected. For example, 3.4 percent of cases of MERS coronavirus in Saudi Arabia were in children, where around 15 percent of the population is under 19 years of age.

A similar pattern was seen in SARS, where the rate of reported infection in children under 14 years of age was much lower than in older age groups.

COVID-19 was first detected in Wuhan, China in December 2019 and has already caused more deaths than SARS-CoV and MERS-CoV combined.

So what about children?
The number of reported COVID-19 cases in children remains low: of more than 44,000 confirmed cases from China, only 416 (less than 1 percent) were aged nine years or younger. No deaths were reported in this age group.

In Australia, only one child has so far had confirmed COVID-19 infection.

It remains unclear whether the low numbers of child infections recorded is due to:

If children are infected yet have milder symptoms, they may still play a critical role in COVID-19 transmission. Children are mobile, shed large volume of virus, congregate in groups and are at lower risk of severe disease so often maintain their daily activities.

Preventing school-age children getting infected with influenza has been shown to be an effective community prevention strategy. In the absence of a COVID-19 vaccine, school closures may need to be considered when looking at ways to decrease community spread, if children are found to be key transmitters of infection.

What symptoms do children get?
Chinese doctors report infected children often have a cough, nasal congestion, runny nose, diarrhoea and a headache. Less than half of the children have a fever. Many have no symptoms.

The majority of children and adolescents with COVID-19 in China had mild infections and recovered within one to two weeks.

Even infants, who are traditionally more susceptible to severe respiratory infections, had relatively mild infections.

How can you tell if it's COVID-19?
Most children with COVID-19 present with respiratory symptoms and/or a cough, which is indistinguishable from other common viruses including influenza and rhinovirus.

In the early part of an Australian epidemic, confirming COVID-19 infections will be important to guide our public health response. However if COVID-19 cases continue to climb, this testing approach may change to only test patients who are hospitalised as the only benefit of confirming COVID-19 infection will be to inform treatment and infection control practices in hospitalised patients.

At this stage, it's unclear if antiviral therapies are useful in the treatment of COVID-19. Many older drugs, such as lopinavir used to treat HIV, have been used to treat some severe cases but need to be formally evaluated. Clinical trials have been registered and some results from Chinese researchers are expected soon.

However, as children have such mild symptoms, it would be hard to justify exposing them to potential side effects of antiviral medication, such as nausea, vomiting and allergic reactions, for little benefit.

How do I prevent my family from being infected?
COVID-19 is spread by droplets generated when an infected person coughs or sneezes. Infection can be transmitted if a person touches objects or surfaces that an infected person has coughed and sneezed on and then touches their mouth, nose or face.

The best way to avoid COVID-19 infection (and infection with any other respiratory virus) is by washing your hands with soap and water, using a tissue or the crook of your elbow to cover your mouth when you cough or sneeze and by avoiding close contact with others who are unwell.

Masks in the community are only helpful in preventing people who have COVID-19 disease from spreading it to others. There is little evidence supporting the widespread use of surgical masks in healthy people to prevent transmission in public – and it's almost impossible to get small kids to consistently wear these.

A vaccine for COVID-19 is still some way off. But it's worthwhile getting your child vaccinated against influenza. This is not only to protect your child against influenza, but also to reduce the chance your child might be considered to have COVID-19, and to minimise other illnesses in the community that would use health resources.