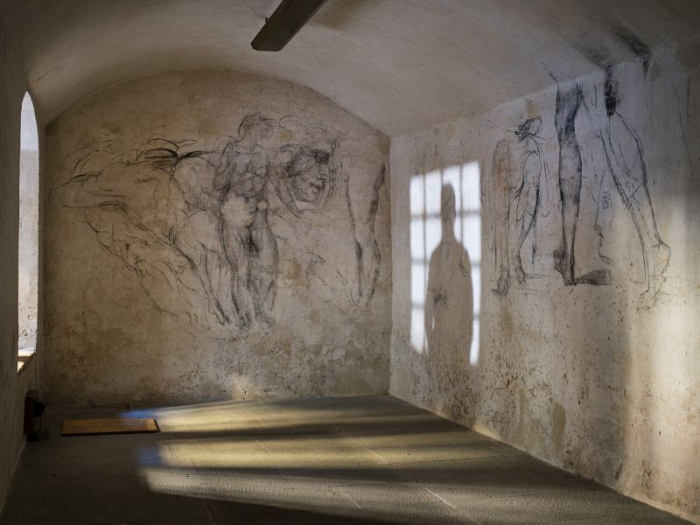 Michelangelo Buonarotti, the Italian High Renaissance master, gifted the world a stunning artistic legacy from the Sistine Chapel frescoes to magnificent sculptures such as the Pietà, David and Moses.

However not many people have heard of his so-called "secret room" in Florence, a tiny chamber with sketch-filled walls, which is reportedly set to open to the public in 2020, according to a report from Wanted in Rome.

In the summer of 1530 Michelangelo went "off-radar" for 3 months, with no official trace of his whereabouts on record.

Michelangelo was in fact holed up in a secret chamber, below the Medici Chapels in the Basilica of S. Lorenzo, in hiding from the Medici on their return from exile.

Michelangelo, then aged 55, feared reprisals after he had betrayed his patrons by siding with the revolt that had overthrown them.

However the artist did not waste his time while hiding out in the tiny windowless room, which measures just two by seven metres and was accessed via a trap-door.

He worked feverishly on studies for projects he was working on at the time, including a revision of David and some images from the Sistine Chapel.

In the intervening decades, only art experts and the occasional lucky guest have been permitted access to the tiny cell, however there are reportedly plans to open the secret room later in 2020.