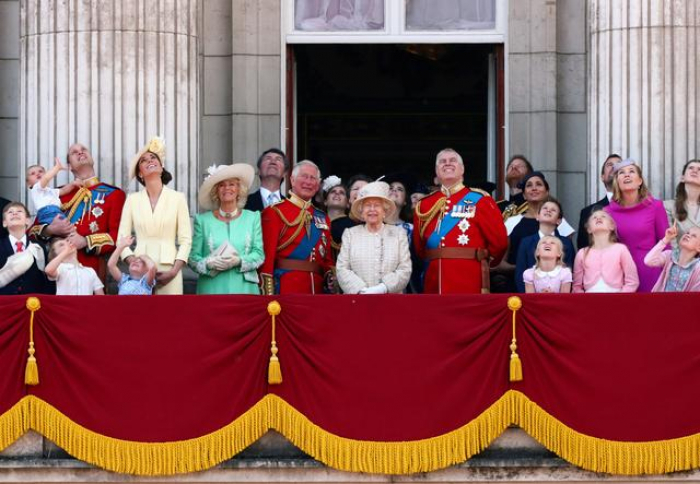 Britain’s senior royals will come together on Monday for what is expected to be the last family gathering before Prince Harry and his wife Meghan set off on a new career path, Reuters report.

The Commonwealth Service at London’s Westminster Abbey is an annual event that this year brings together Harry and Meghan with Queen Elizabeth, his elder brother William and wife Kate, and father Prince Charles and his wife Camilla, for the first time in public since the couple thrashed out an exit deal from their royal roles in January.

“It will be fascinating to see how it plays out,” said royal biographer Penny Junor. “I imagine everybody will be on absolutely best behavior. But goodness knows what they will all be thinking privately.”

The January agreement, which comes into action at the end of the month, will see the couple - the Duke and Duchess of Sussex - seek to carve out “a progressive new role”, mainly based in North America, that they aim to finance themselves.

Harry, 35, and Meghan, 38, will stop using their HRH titles - His or Her Royal Highness, will not use “royal” in their branding and Harry, who will remain a prince, will relinquish his military titles.

Their announcement two months ago that they wished to step back from some of their royal duties sent shockwaves through the monarchy. It led to a crisis meeting involving the 93-year-old queen, her heir Charles, William and Harry that concluded he and Meghan would have to give up all their royal duties.

The couple have spent most of their time since in Canada, but returned at the start of the month for a farewell round of engagements. Harry and Meghan’s baby son Archie has remained behind in Canada.

Monday’s event to mark Commonwealth Day is expected to be their last official appearance, with no certainty about when the royal family will next be seen together.

“Our hope was to continue serving the queen, the Commonwealth and my military associations without public funding. Sadly that wasn’t possible,” the prince, the sixth-in-line to the throne, said in a speech in January.

‘GIVING UP EVERYTHING’
Polls show Harry, whose mother was the late Princess Diana, is one of the most popular royals. Junor said his leaving would be a huge loss for the family and the institution itself.

“I thought that he had absolutely embraced his destiny as a member of the royal family,” she told Reuters. “He recognized what he could do with his position, the power he had to change things for good. I think he will miss that ability to make people’s lives better.”

However, Harry, who served in the military for 10 years, has never hidden his discomfort with his royal role and the intense media attention it attracts. He has spoken candidly about his mental health struggles following his mother’s death.

He has also been angered by the treatment his American wife, a former actress, has received from some British tabloids, which he has described as bullying. She has also said how difficult she found it.

Junor said Harry might find life in the United States and Canada difficult away from his family, friends and former life.

“He is giving up everything he’s known, a huge family that he’s very close to and his work to go and live in Canada where he actually knows nobody and he has no job,” she said.

Last weekend, Harry and the queen had a meeting at her Windsor Castle home to discuss his future. A royal source confirmed a report in the Sun newspaper that the queen told Harry he would always be welcome to rejoin the royal fold.

“I could imagine Harry coming back,” Junor said.

“I hope that they will not wake up one day and think ‘what on earth have we done and what does life hold for us? We’re sitting in paradise ... but what else do we have in life?’ I hope that doesn’t happen to them.”