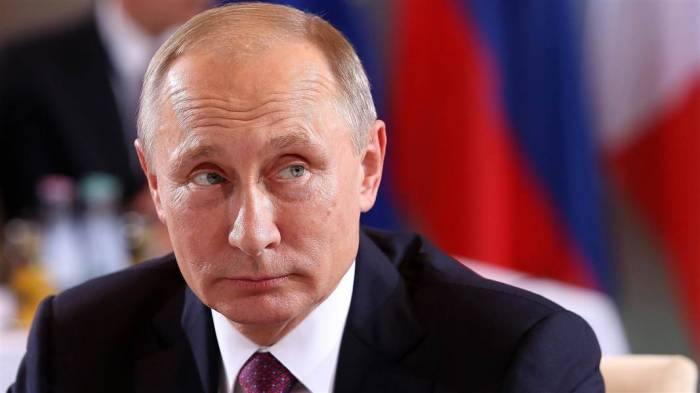 The Russian lower house of parliament on Wednesday gave its definitive and overwhelming approval to constitutional changes that allow Vladimir Putin to run for president again in 2024, something the current constitution forbids.

The 450-seat State Duma, the lower house of parliament, voted in favor of the changes in a third and final reading by 383 votes. Nobody voted against, but 43 lawmakers abstained. Twenty-four lawmakers were absent.

Putin, 67, who has dominated the Russian political landscape for two decades as either president or prime minister, opened the door to the constitutional changes a day earlier, making an impromptu appearance in parliament.

Putin in January unveiled a major shake-up of Russian politics and a constitutional overhaul, but is currently required by the constitution to step down in 2024 when his second sequential and fourth presidential term ends.

But addressing the State Duma on Tuesday, he gave his qualified blessing to a proposed change to the constitution that would formally reset his presidential term tally to zero.

If, as Putin’s critics suspect, the constitutional court gives its blessing to the amendment and it is backed in a nationwide vote in April, Putin could serve another two back-to-back six year terms.

Were he to do that, and his health and electoral fortunes allowed, he could stay in office until 2036 at which point he would be 83.

Kremlin critic and opposition politician Alexei Navalny has said he believes Putin will now try to become president for life.

Putin has not spelled out what his plans for the future are after 2024, but has said he does not favor the Soviet-era practice of having leaders for life who die in office.

The changes backed by the State Duma on Wednesday will now be reviewed by other parts of the Russian legislative branch, including by Russia’s upper house of parliament later on Wednesday. No opposition is expected.