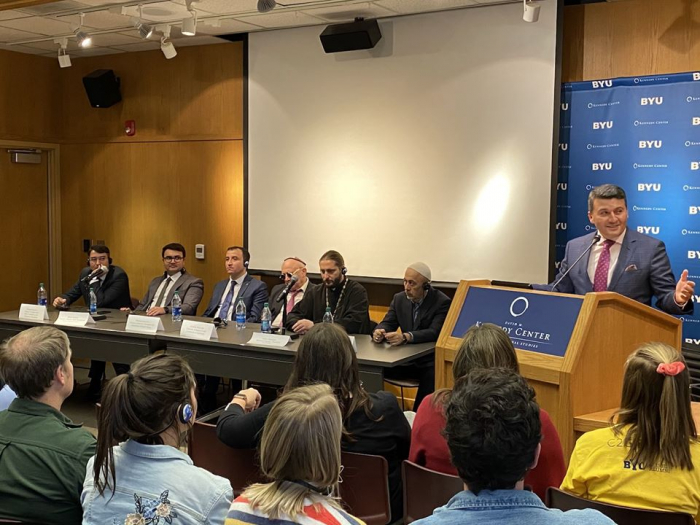 Brigham Young University (BYU), one of the leading U.S. universities based in the State of Utah, hosted discussions on Azerbaijan’s multiculturalism and multifaith harmony featuring an interfaith delegation from Azerbaijan on March 10, 2020.

The event was attended by University students and faculty, the Consulate General of Azerbaijan in Los Angeles told AzVision.az.

It should be noted that the visit of the delegation to Utah, which includes representatives of various religious communities and government entities, has been jointly organized by the Consulate General of Azerbaijan in Los Angeles, Baku International Multiculturalism Center (BIMC), the State Committee on Religious Associations of of Azerbaijan (SCRA), and the Utah-based Stirling Foundation.

Before the event, a short film on Azerbaijan's multiculturalism was screened.

Welcoming the guests, Founding Director of the BYU Law School’s International Center for Law and Religion Studies Professor W. Cole Durham, Jr. expressed his appreciation for hosting such an important event and introduced the Azerbaijani delegation.

Speaking afterwards, Azerbaijan’s Consul General in Los Angeles Nasimi Aghayev briefed on the ongoing visit of Azerbaijani delegation to Utah, and stressed that the main purpose of the visit of representatives of Muslim, Christian and Jewish communities of Azerbaijan, as well as government officals, is to share Azerbaijan’s experience in multiculturalism and interfaith harmony with the people of Utah.

Then discussions followed. Executive Director of the BIMC Ravan Hasanov, Deputy Chairman of the SCRA Gunduz Ismayilov, Executive Director of the Spiritual Values Promotion Foundation Mehman Ismayilov, Deputy Chairman of the Caucasian Muslims’ Board Fuad Nurullayev, Chairman of the Baku religious community of European Jews Alexandr Sharovski and the Secretary of the Baku Eparchy of the Russian Orthodox Church Mefodi Afandiyev highlighted Azerbaijan’s ancient traditions of multiculturalism, interfaith harmony and mutual understanding, and stated that these traditions have been elevated to the level of state policy in the country. They mentioned that there has always been a strong relationship among ethnic and religious communities in the country and ethnic, religious or racial discrimination has been non-existent.

The event was received with much interest by the audience. 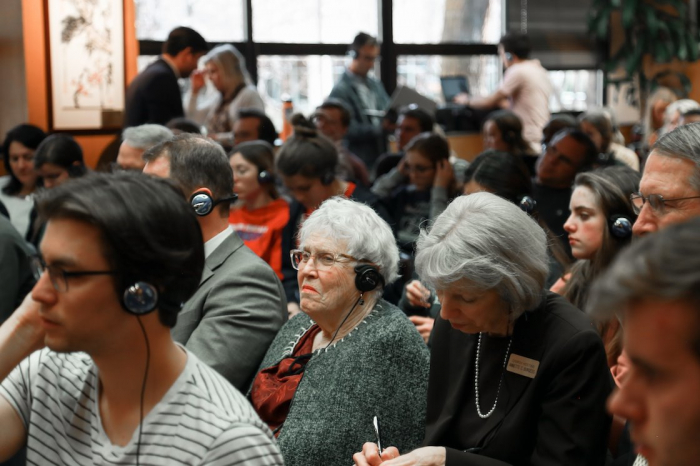 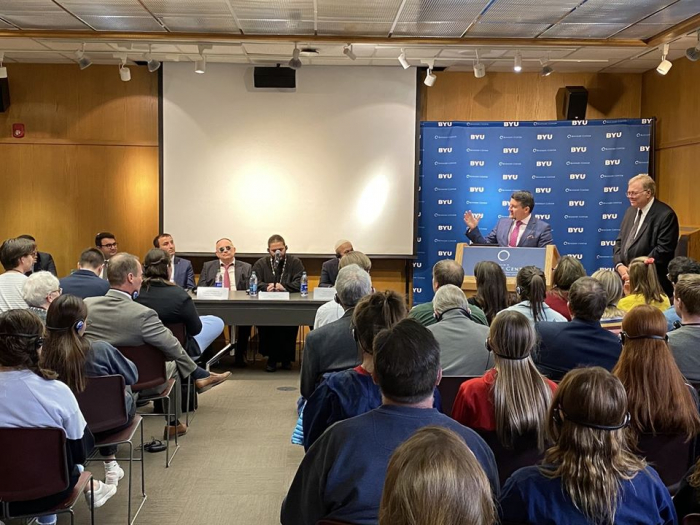