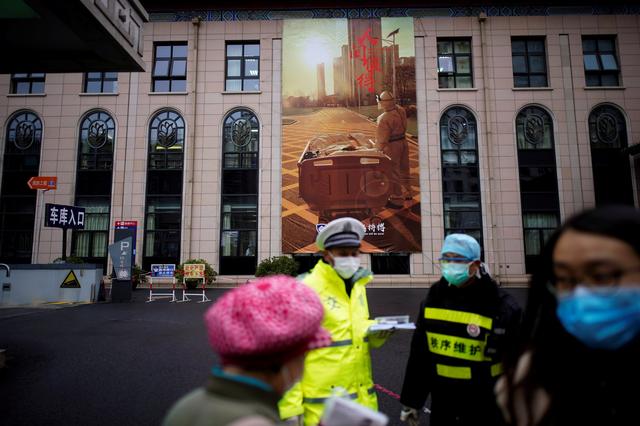 China tightened checks on international travellers arriving at Beijing airport on Sunday, after the number of imported new coronavirus infections surpassed locally transmitted cases for a second day in a row.

China, where the epidemic began in December, appears to now face a greater threat of new infections from outside its borders as it continues to slow the spread of the virus domestically. Over a hundred countries have reported infections.

Mainland China reported 20 new cases of infections on March 14, up from 11 cases a day earlier, data from by the National Health Commission (NHC) showed on Sunday.

Travellers who are transiting through Beijing to other destinations will be given special assistance, it said.

Beijing’s moves follow that of Shanghai, also a key hub for international flights to China, which stepped up airport screening last week, resulting in some passengers saying they had to wait as long as seven hours.

Of the 16 latest imported cases, 5 were found in the capital Beijing and three in Shanghai. The provinces of Zhejiang, Gansu and Guangdong respectively reported four, three and one cases.

Three of the cases in Beijing involved travellers from Spain while one came from Italy and the other from Thailand.

The Shanghai case involved a Chinese native who lived in the Italian city of Milan.

The Gansu government said one of its cases was linked to a charter flight from Iran while the others were travellers from Saudi Arabia. Zhejiang province did not say where its four imported cases were from.

Underlying growing concerns over these imported cases, the southern province of Guangxi has said it will provide a cash incentive of 3,000-10,000 yuan ($428-$1,428) to people who provided clues on anyone who had travelled in from abroad but not abided by quarantine rules.

Mainland China’s only locally transmitted new infections on Saturday were in Wuhan, the epicentre of the outbreak, which recorded four cases. It was the tenth consecutive day that the Hubei province recorded zero new infections outside Wuhan.