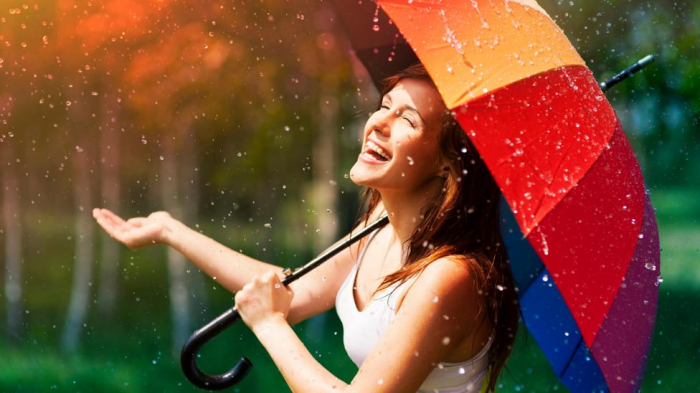 Chasing happiness is human nature. But is it better to seek contentment — or to strive to achieve your ambitions?

There is much written about finding one's life purpose and reaching self-actualisation, but do we really need to have one? My partner is happy pottering around the house with his family around him, watching TV, reading the news, working in his unskilled job without responsibility, supporting his football team. Meanwhile, I am frustratingly "growing and developing", learning, wondering what it is all about – yet without much actually changing in my life. Are drifting and feeling contented in life more important than having a "life purpose" and goals? – Brenda, Blackpool

Questions about happiness, purpose and goals remind me of Don Quixote, the dreaming knight in Miguel de Cervantes’ novel of the same name, and Sancho Panza, his earthy page. Indeed, literature often contains characters and themes that tell universal truths about human existence, experience – and psychology.

As the novel progresses, we realise that both characters are equally sophisticated intellectually. But while Don Quixote's goals are utopian, romantic and clearly unobtainable, Sancho is satisfied with feeling safe and eating bread and cheese – accompanied by a little wine, of course – after each of their frustrated misadventures.

I'm a psychiatrist and research on personality shows that those with more open and inquisitive traits will always want to seek new experiences and sensations. This is more exciting, but also less comfortable, than rejecting what feels strange or unfamiliar.

Don Quixote's sensation-seeking and restless personality, as well as his lofty ideals, are the drivers of his misguided adventures. Unable to find excitement in the comfortable but mundane daily life of a landed country gentleman, he sets out to right all the wrongs in the world in the most chivalrous and valiant manner he can imagine. His ambitious goals are unobtainable, though, and so he remains chronically dissatisfied. 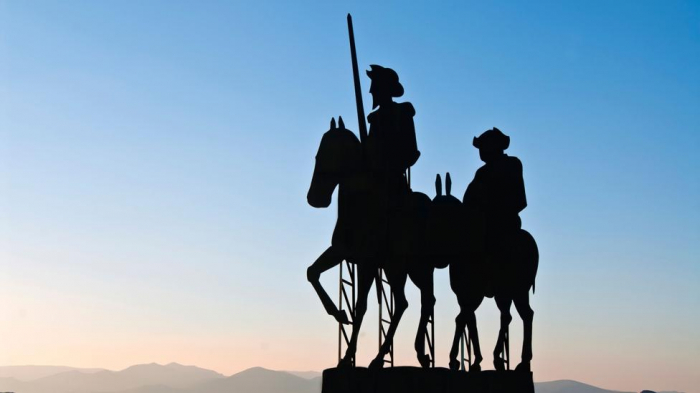 In contrast, Sancho’s goals (cheese and wine) are simple, and they are also reliable and immediately achievable. Sancho will inevitably have some difficult emotions, like every other human, that will prevent him from being consistently happy. But he will be less inclined to express his occasional periods of distress in complex existential terms – and they are unlikely to nag and torture him in the same way.

On one level, then, Sancho’s personality seems better suited than Don Quixote's for achieving a satisfactory level of psychological wellbeing. But we need to consider the fact that Quixote’s tortured loftiness will also afford him occasional moments of ecstasy that Sancho will never experience. Quixote will sample all the many wondrous highs – and lows – of existence.

Quixote has a type of personality that Galen, the Greek physician of classical times, would have labelled as "choleric": passionate, charismatic, impulsive and sensation seeking. He also has an extremely rich, but equally unstable, inner life, which produces copious amounts of fantasy and emotion.

Soon after the second world war, a London-based psychologist called Hans Eysenck developed another personality theory that included the dimensions of extroversion and neuroticism. Quixote is high in extroversion (he engages constantly with the external world) and high in neuroticism (his emotional life is unstable and intense), a combination that would be the equivalent of Galen's choleric personality. (Read more about what makes someone an extrovert).

Sancho is, of course, the exact opposite. He could be described as "phlegmatic" in Galen's classification: he is generally introverted, and being perfectly steady in emotional terms, he would certainly score very low on neuroticism. He does not view the world through the filter of a rich but volatile inner life, and instead sees ordinary windmills where Quixote sees formidable giants.

Personality types have been found to be predictors of psychological wellbeing in a way that could be considered relatively intuitive. Essentially, there is a positive correlation between happiness and extroversion and a negative one between happiness and neuroticism. Quixote is more neurotic than Sancho, but he is also more extroverted. The two will find and experience moments of happiness in different ways. 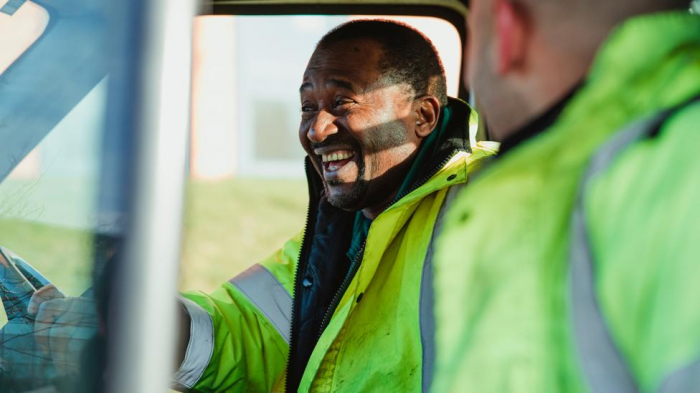 Pleasure and joy can contribute greatly to our sense of well-being (Credit: Getty Images)

On one level, what we need to be happy is a stable (low neuroticism) and outgoing (extrovert) character. But that's not the whole story. Those of us who see ourselves as a little more neurotic than we would ideally like – and perhaps not quite as sociable as some others – can find comfort in the knowledge that a busy and lively inner life, coupled with an inquisitive nature, can be associated with certain types of creativity. (Read more about the creative benefits of spending time alone).

The idea of happiness as a state of placidity and serenity, facilitated by a stable and untroubled psychological makeup, is persuasive. But it ignores perhaps the upper and more intense limits of human experience – and these have a power all their own. Cervantes’ novel, after all, is called "Don Quixote", not "Sancho Panza".

Maslow thought that more basic needs had to be satisfied before moving up to the next level – water and food before safety, then love, self-esteem and only then self-actualisation. But subsequent research shows that humans don't always do this in the anticipated order and that satisfying different levels of need either simultaneously, or in the "wrong order", doesn't seem to affect wellbeing significantly. This explains how those living in poor countries can also satisfy their psychological needs even when the fulfilment of more basic needs is uncertain.

In any case, having a set of needs – hierarchical or not – inevitably puts us in a needy position, and the relationship between striving to better ourselves and happiness is not a simple one. Maslow himself struggled in his personal life with issues such as racism (he was Jewish) and an awful relationship with his mother, whom he hated.

The 19th-century British thinker John Stuart Mill postulated in simple terms that happiness is "intended pleasure, and the absence of pain"

Research shows that factors such as poverty, pain and loneliness make us unhappy, and it is equally clear that pleasures of any kind contribute towards our sense of wellbeing.

The 19th-century British thinker John Stuart Mill postulated in simple terms that happiness is "intended pleasure, and the absence of pain", while unhappiness is "pain, and the privation of pleasure".

Like Maslow and his hierarchy of needs, Mill also saw a similar hierarchy in pleasure, with the physiological at the bottom and the spiritual at the top. He also advised against too much introspection in matters of happiness, saying: “Ask yourself if you are happy and you cease to be so.”

And even though Mill saw happiness as being predicated by pleasure and pain, he also hinted that being human, with all that this implies, may bring a dissatisfaction that would be preferable to mere contentment.

Don Quixote is a dissatisfied man and his ambitions to achieve his glorious goals are always frustrated. He has, however, certain characteristics that have been found to be associated with happiness: an optimistic attributional style and an internal "locus" (place) of control.

Don Quixote's "internal locus of control" means that he feels in control of his destiny (despite all the evidence to the contrary). Control resides within him. His "optimistic attributional style", meanwhile, refers to the fact that he always ascribes his failures to transient external forces, rather than to permanent internal issues.

Sancho, on the other hand, has a reactive attitude to life. He doesn't have any fantasies about being in control of his destiny, which he believes is in the lap of the gods. "The lucky man has nothing to worry about," he says. 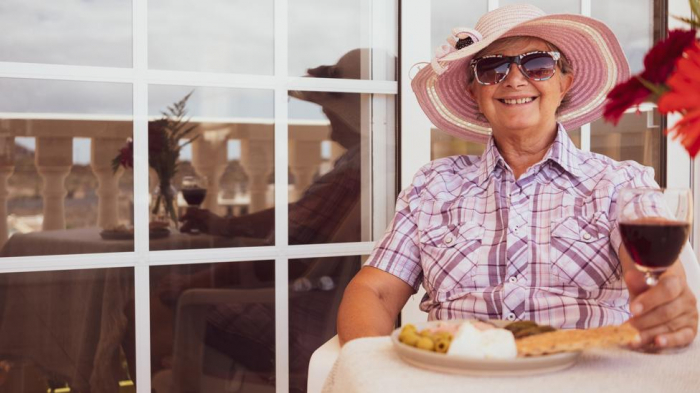 Some people can find happiness in a glass of wine and a plate of cheese, much like Sancho Panza (Credit: Getty Images)

So, in this respect at least, Don Quixote, driving his own fortune and making his own luck, is probably happier in his quest, however frustrating, than Sancho is in his passive contentment.

The difference between contentment and happiness, or to be more precise, the incompatibility that exists between a state of permanent contentment and being human, has also been explored in modern novels, written centuries after Don Quixote, such as The Time Machine or Brave New World.

Some of the characters in these future dystopias, where pain and suffering have been eradicated, are perfectly placid, even content. But their insipid pseudo-happiness, devoid of choice or intense emotion, is less desirable than our own imperfect emotional tribulations – at least according to the authors.

Indeed, our ability to feel happy is affected by a variety of personality factors and temperamental attitudes, not by just one single dimension of placidity versus psychological restlessness, or even optimism versus pessimism.

Our nature is to chase the teasing and elusive butterfly of happiness, not always to capture it

But does it matter anyway? Whether we are "half-empty" or "half-full" personalities, none of us is designed to be happy – only, ultimately, to survive and reproduce. Consequently, we will all battle with frequent unpleasant emotions, whatever our temperament.

It is good, Brenda, that you haven't given up your efforts to grow as a person and that you remain hungry for knowledge. Even if I told you that there is a better strategy for happiness, that you should be content with watching television and little else, I am pretty certain you wouldn't want that.

You need to continue being who you are, even if being who you are doesn't transport you to a state of sustained and uninterrupted psychological bliss. Our nature is to chase the teasing and elusive butterfly of happiness, not always to capture it. Happiness can't be bottled and bought and sold.

It can, however, be a journey – and this never-ending quest includes you, as well as your partner. And perhaps we can all find comfort in the knowledge that our nagging dissatisfaction is a key part of what makes us human.