Iran has temporarily freed 85,000 prisoners, including political ones, amid coronavirus 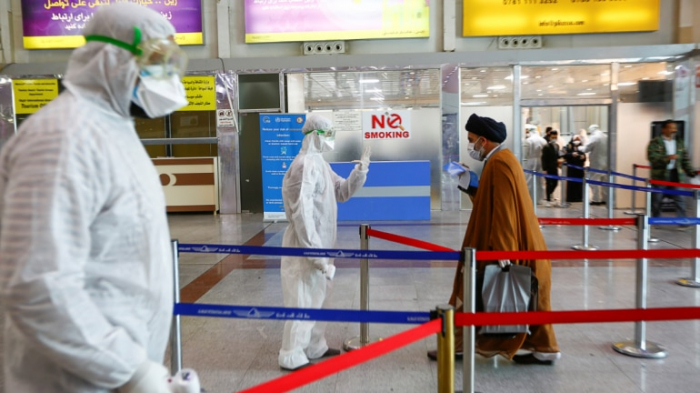 Iran has temporarily freed about 85,000 prisoners, including political prisoners in response to the coronavirus epidemic, a judiciary spokesman said on Tuesday.

The death toll in Iran from the coronavirus has reached 853 and a total of 14,991 people have been confirmed infected across the country, one of the worst national outbreaks outside China, where the new virus originated.

“Some 50% of those released are security-related prisoners...Also in the jails we have taken precautionary measures to confront the outbreak,” spokesman Gholamhossein Esmaili said.

He did not elaborate on when those released would have to return to jail.

On March 10, the U.N. Special Rapporteur on human rights in Iran, Javaid Rehman, said he had asked Tehran to free all political prisoners temporarily from its overcrowded and disease-ridden jails to help stem the spread of coronavirus.

Many Iranians have ignored calls by the health authorities to stay at home but the establishment have closed the country’s holy Shi’ite Muslim sites and shrines in Tehran and Qom, the epicentre of Iran’s coronavirus outbreak.

Tehran has called on other countries to back its call for lifting of U.S. sanctions. Sources told Reuters on Monday that Washington was unlikely to ease sanctions on Iran despite an appeal from China that it do so because of the coronavirus pandemic.

Last week, Iran said it had asked the International Monetary Fund (IMF) for $5 billion in emergency funding to combat the outbreak.

The United Arab Emirates, a rival of Iran, has put aside differences to lend support by sending two planes carrying 32 tonnes of medical supplies, including gloves and surgical masks.

Iran’s clerical rulers have rejected locking down cities despite the rising death toll and the rate of new cases. Other countries in the Middle East have imposed strict measures such as closing their borders and suspending flights.

Kuwait’s health ministry on Tuesday reported seven new cases, all among Kuwaitis who had been to Britain to take the country’s toll to 130.

Bahrain on Monday reported the Arab Gulf region’s first death from the disease as the number of infections in the six-nation Gulf Cooperation Council crossed 1,000.

Oman, which lies across the Gulf from Iran, said anyone entering the sultanate as of Tuesday would be quarantined. It had earlier imposed restrictions on entry to allow only Gulf Arab citizens.