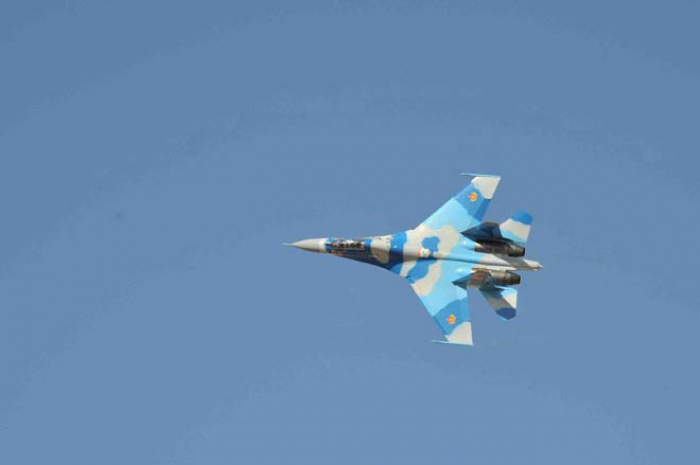 A Su-27 fighter jet of Russia’s Aerospace Forces went off radar screens above the Black Sea, some 50 km away from the Crimean city of Feodosia, the Russian Defense Ministry said on Wednesday, AzVision.az reports citing TASS.

"At about 20:10 on March 25, a radar mark of a Su-27 aircraft had disappeared during a scheduled flight above the Black Sea, 50 km away from Feodosia. An emergency radio beacon was activated in the area at 20:11," the ministry said.

According to preliminary estimates, the aircraft fell in the sea, the Defense Ministry said.

Two aircraft of the Southern Military District’s search and rescue services - an An-26 plane and a Mi-8 helicopter - have been scrambled.


"Adverse weather conditions in the area complicate the search for the pilot," the ministry said.