Can the coronavirus infect someone twice? 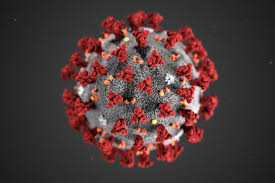 Up to 10 percent of coronavirus patients leaving medical facilities in Wuhan after being tested negative for Covid-19 seem to have subsequently been re-infected, according to the South China Morning Post. This is not the first time that there have been reports of re-infection. Nevertheless, scientists say that it is unlikely that the virus is striking twice.

Doctors in Wuhan are bemused. Healthcare workers in this central Chinese city where the coronavirus first emerged have observed several instances in which patients have left hospital with no remaining traces of the virus in their bodies and then tested positive for the coronavirus a second time.

In all, up to 10 percent of coronavirus patients seem to have been “re-infected”, according to one hospital and several quarantine centres in Wuhan, where daily life is gradually returning to normal after several months of confinement.

Tongji Hospital – where the first cases of Covid-19 were detected – announced that out of 147 patients who were sent back home within a week, five tested positive again; that is to say, 3 percent. This was the case for a higher proportion of patients in the quarantine centres, with this figure ranging from 5 to 10 percent.

Defying the laws of virology?

This is not the first time that the coronavirus has appeared to infect the same person twice. At the end of February, a 40-year-old woman tested positive ten days after leaving a healthcare centre in the Japanese city Osaka, after apparently having been “cured”. At the same time, a Chinese man from Jiangsu province who had officially recovered from the coronavirus was admitted to hospital three days later, having becoming infected “again”.

These numerous potential cases of “re-infection” have left scientists perplexed. These instances would seem to suggest that Covid-19 operates differently from its predecessors, SARS and MERS-CoV. These two viruses never infected the same person twice. Any virus that did this would be defying the laws of virology. Needless to say, it would also pose a major health challenge.

Will an old malaria drug help fight the coronavirus?

“During a viral infection, the patient’s body develops antibodies that are very specific to the virus that infected them – and after they’ve recovered, these antibodies don’t disappear,” said Robin May, a professor of infectious disease and director of the Institute of Microbiology and Infection at Birmingham University.

“They go into hibernation, and are ready to wake up as soon as the same pathogen tries to contaminate the body again. This characteristic of the immune system is the same against all known viruses.”

Research on Covid-19 suggests that this immune mechanism is working. “The data we’re getting from China show that infected patients develop many antibodies which are likely doing their job in protecting the body,” added Olivier Terrier, a virologist at the French research institute CNRS’s International Centre for Infectious Disease Research in Lyon.

How does the coronavirus compare to the Spanish flu?

“From a scientific point of view,” added May, “there’s no sign at this stage that there might be re-infection.”

One of the remaining uncertainties is to do with the time during which antibodies are doing their job as a barrier against the disease. “These cells generally do this job for a period from a few weeks to a few months – and in the case of other coronaviruses, this immunity lasts for a long time,” Terrier said.

Questions about the reliability of tests

In those reported cases of “re-infections”, the people concerned had been tested in the days after their discharge from hospital, which excludes the possibility that ineffective antibodies created the impression that they had contracted the coronavirus for a second time.

So there must be another reason that explains this phenomenon of positive tests amongst patients who have “recovered”. These incidents have “raised questions about whether nucleic acid tests might not be reliable in detecting traces of the virus in some of the recovered patients”, the South China Morning Post observed.

“It’s possible that the concentration of the virus in these people’s bodies was too low to be detected and that, for one reason or another, the disease has restarted,” Terrier said. “The fact that these people appear to have infected no one else reinforces the hypothesis that they still have a tiny bit of the virus left in their bodies,” May added.

The other potential explanation is that these coronavirus patients “may have problems with their immune systems, so that they haven’t produced the appropriate antibodies”, Terrier pointed out.

This is one of the reasons why he argues that more research is needed on the immune response to the coronavirus. “We’re only starting to understand how it works,” he said. This work would help refine the identification of at-risk groups, as well as potentially opening up new avenues in the search for effective treatments and vaccines.

Enhanced understanding of the immune response could also help if the question of repeated infection returns through a mutation of the virus. “If the pathogen changes in such a way that the body no longer recognises it, the virus can infect somebody twice,” May said. The same thing happens with the flu: “People don’t get the same strain twice, but they can get it the following year after the virus has mutated slightly,” he continued. Coronaviruses are known for their tendency to mutate – although for now the one that originated in Wuhan to take the world by storm has not undergone any such modification.

While it certainly seems scientifically unlikely, the notion of a single virus that infects the same person twice is instructive. It warns against blind confidence in screening tests and underlines the importance of monitoring patients who appear to be cured.

This article was adapted from the original in French.