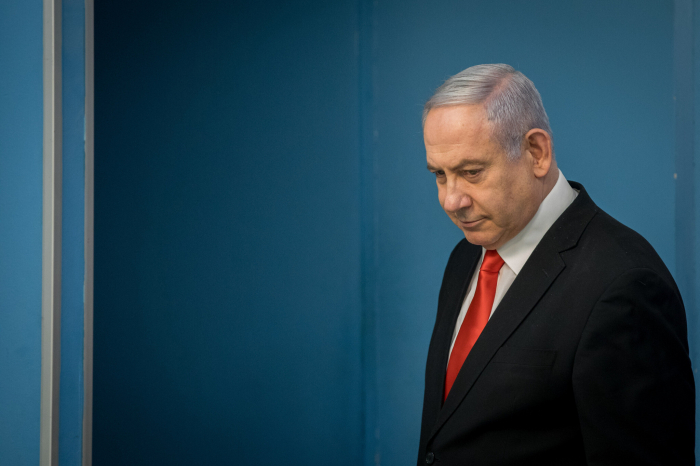 Israeli Prime Minister Benjamin Netanyahu went into precautionary quarantine on Monday after one his staffers tested positive for the coronavirus, as the veteran premier seeks a unity government to combat the pandemic, AzVision.az reports citing AFP.

Netanyahu's office stressed the quarantine was strictly a precaution as the veteran right-wing prime minister had not been in recent proximity to the ill staffer.

A statement from the Knesset, Israel's parliament, identified the staffer as Rivka Paluch, Netanyahu's parliamentary aide, noting three dates she had been in the building.

A statement from Netanyahu's office said that according to "a preliminary assessment...there is no need for the prime minister to be quarantined, as he did not come into close contact with the individual and did not personally meet with that person."

"Over the past two weeks the two were never in the same room at the same time," it added.

The statement further noted that the "epidemiological investigation" was ongoing and that Netanyahu and "his close staff would be in confinement until (tests) were completed."

The Knesset statement said that lawmakers and parliamentary employees have already been instructed to follow the health ministry's orders and self-quarantine if they were in Paluch's vicinity.

The Knesset said it was offering footage from its surveillance cameras to the health ministry for them to see where and when Paluch had been in the building, for the health professionals to determine which measures need be taken.

Israel, which has more than 4,000 confirmed COVID-19 cases, has imposed severe restrictions to contain the spread of the virus, including a total ban on non-essential movements.

Netanyahu's office stressed that he has had limited inter-personal contact in recent weeks, conducting "most of his meetings via video conferencing from his residence."

The news comes as Netanyahu, 70, is widely expected to agree on an emergency unity government with his election rival Benny Gantz to tackle the coronavirus pandemic.

The two fought three bitter but inconclusive elections over the past year, with neither securing enough support to form a viable coalition government.

Gantz was given the mandate of forming a government following March 2 elections but there was no guarantee he would succeed this time, given rifts within the anti-Netanyahu bloc.

Gantz, a centrist, was elected speaker of Israel's parliament last week and has committed to backing an emergency unity government with Netanyahu, citing the need to combat COVID-19.

Netanyahu, in office since 2009, was in January charged with bribery, fraud and breach of trust, but the start of his trial has been delayed by the pandemic.

He denies the charges.