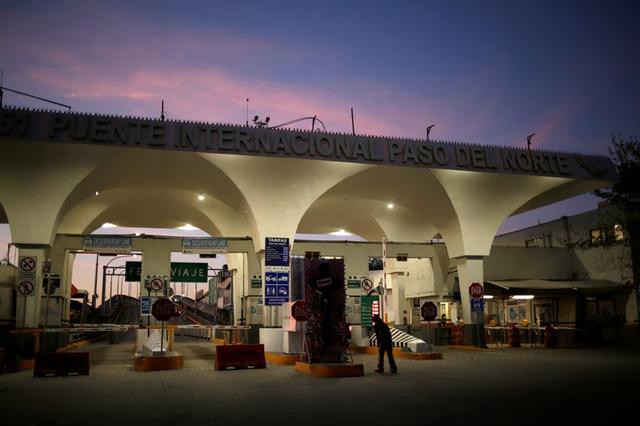 The world’s busiest land border has fallen quiet as restrictions to contain the coronavirus prevent millions of Mexicans from making daily trips north, including many who work in U.S. businesses.

At least 4 million Mexicans residing in cities along the 1,954-mile (3,144-km) border have been hit hard by the restrictions on non-essential travel. The measures effectively invalidate visas allowing short crossings into U.S. cities to visit family, get medical care or shop.

While such B1/B2 “border crossing cards” are officially recreational, Reuters spoke to nearly two dozen residents of Tijuana, Nogales and Ciudad Juarez who use their cards to reach jobs or to care for relatives on the U.S. side of the frontier.

All said they could no longer make the crossing, dealing another blow to businesses already suffering from shutdowns on the U.S. side of the border, including vital industries like agriculture.

“I don’t know what I’m going to do without money. I’m just waiting for a miracle,” said 28-year-old Rosario Cruz, a mother of two young children who works for a cleaning company that subcontracts with major retailers in California.

The coronavirus restrictions prohibit all non-essential travel across the border. However, the restrictions have not been widely imposed on U.S. citizens traveling to Mexico.

The U.S. Immigration and Customs Enforcement agency said it did not have an estimate of how many Mexican tourism-related visa holders work without permission in the United States. But U.S. and Mexican immigration experts say the practice is common.

According to the U.S. State Department Report of the Visa Office more than 4 million border cards have been issued since 2015. The cards are valid for 10 years.