EU open to all options to finance coronavirus fight: Dombrovskis 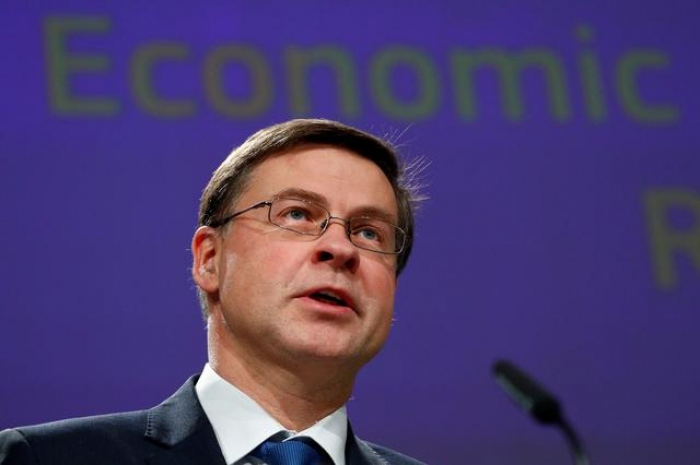 Last week EU leaders gave finance ministers until next week to come up with ideas on financing the recovery after Germany and the Netherlands shot down a call from France, Italy, Spain and six other countries for a common debt instrument issued by a European institution.

“We are open to all options, we need an ambitious, coordinated and effective response against the crisis,” Dombrovskis said in the interview published on Friday.

It is “logical” to use the European Stability Mechanism (ESM) bailout fund as a next line of defence because it is already capitalised, but a “pragmatic compromise” is needed to activate it, he said.

There has been widespread dismay in Italy over Europe’s response to the pandemic, starting with an initial failure to send medical aid and then a refusal by northern nations to endorse joint bonds to mitigate the cost of recovery.

On Thursday, Commission head Ursula van der Leyen apologised to Italy, the country worst-affected by the virus in the region, for a lack of solidarity from Europe and promised greater help.

Italy’s Prime Minister Giuseppe Conte on Friday responded with appreciation to von der Leyen’s letter, but added that some of the solutions being worked on were “not up to the task”.

“We continue to insist on the use of instruments such as the ESM bailout fund which appear totally inadequate with respect to the aims to be pursued, considering that we are facing a momentous shock,” he wrote in a letter to daily la Repubblica.

“It is time to show more ambition, more unity and more courage,” he added.

In a separate interview with daily Il Messaggero, French Finance Minister Bruno Le Maire spoke of a temporary “Corona Fund” outside the bailout fund - and not bound by the latter’s conditionality - to help countries re-launch their economies.

The fund could last five to 10 years, he said, and “be financed by voluntary contributions from member countries or specific fiscal measures, could be managed by the Commission and could issue bonds with various guarantees common to all member states”.

Le Maire added the proposal would be discussed at a meeting of finance ministers on Tuesday.