Footwear Legend Sergio Rossi dies of Coronavirus in Italy at 84 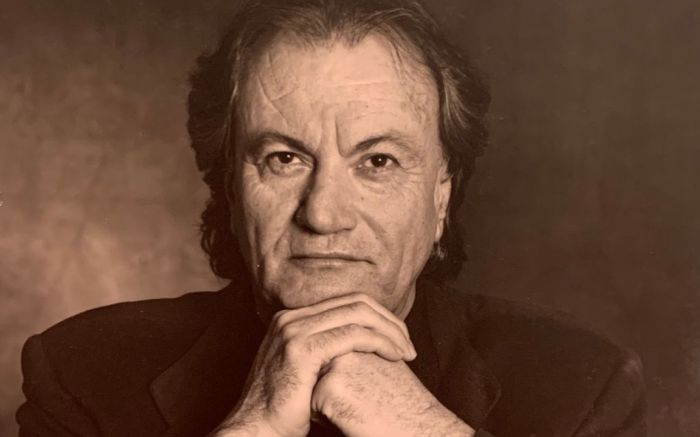 Footwear legend Sergio Rossi — who built one of Italy’s most storied luxury shoe brands and inspired generations of designers, including his son Gianvito — died in Cesena, Italy at age 84. The cause of death was coronavirus and he had been hospitalized for a few days.

Sergio Rossi was born in San Mauro Pascoli, one of Italy’s main shoemaking regions, in 1935.  He learned the trade from his  father, began producing footwear in the early 1950s and launched his namesake brand in 1968. As he grew his own label, the designer also collaborated with fashion houses such as Versace, Dolce & Gabbana and Azzedine Alaïa.

Rossi developed a number of groundbreaking styles such as the Opanca sandal with its curved sole.

“He was a master, it was a great pleasure to have met him, he was our spiritual guide and he is today more than ever,” said Riccardo Sciutto, CEO of the brand since April 2016. Sciutto has over the years paid tribute to the founder of the company and created an archive of more than 6,000 models at the state-of-the-art San Mauro Pascoli manufacturing plant. Sciutto recalled how moved Rossi was when he visited the archive at Christmas. “He was really surprised that so many of his designs from the 1950s onward were part of the archive, he had never thought of doing it because he had lived those moments, but the archive is an inspiration for us.”

Sciutto said the designer “loved women and was able to capture a woman’s femininity like in a unique way. He was never over the top, always in good taste. The shoes were always wearable and he was never satisfied until they were perfect. They were not accessories for him. He told me once that he wanted to create the perfect extension of a woman’s leg.”

For the Rossis, the shoe business has always been a family affair. “[Growing up], it was very difficult to distinguish the difference between home and factory — it was all the same,” Gianvito Rossi said at the FN Summit last year. “It was a big playground. I had a lot of friends who were working for my father. So it was great.”

Gianvito, who launched his own brand in 2007, recalled in a 2017 interview that he started to accumulate experience “just by watching my father and observing the artisans as they crafted the most amazing shoes. Without knowing it, I was building a historical memory,” said the designer, who worked alongside his father until Sergio Rossi was sold to Gucci Group (now Kering) in 1999.

In 2015, Kering sold the business to European investment house Investindustrial — and it was relaunched a year later. Since then, the label has tapped into its archives season after season — a clear testament to the founder’s lasting influence.

“The main job was to bring back the right DNA, the right products and the spirit of the Sergio Rossi woman. Heritage is crucial,” said Sciutto.