Britain unlikely to lift coronavirus lockdown until end of May: government expert 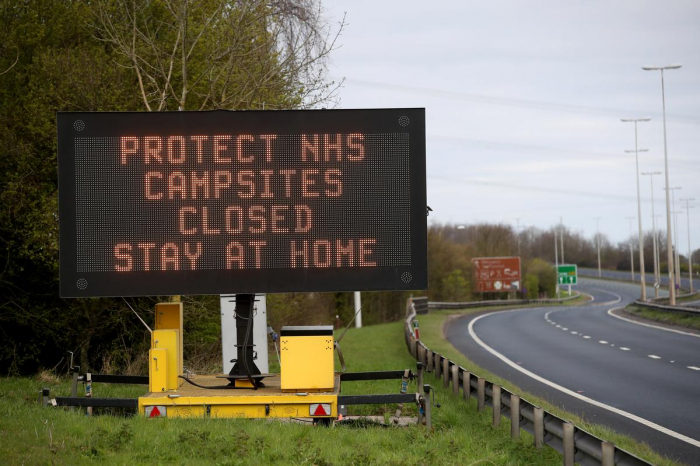 Britain is unlikely to lift its stringent lockdown rules until the end of May, a leading government adviser said on Saturday, warning that the spread of the coronavirus must first slow and intense testing be introduced, AzVision.az reports citing Reuters.

The government has put Britain into a widespread shutdown, closing pubs, restaurants and nearly all shops, while ordering people to stay home unless absolutely essential to venture out.

The order is designed to curb the spread of COVID-19 in the country, which has almost 40,000 confirmed cases and 3,605 deaths, but some experts have started to question whether the shuttering of the economy will cost more lives in the long run.

“We want to move to a situation where at least by the end of May we’re able to substitute some less intensive measures, more based on technology and testing, for the complete lockdown we have now,” Neil Ferguson, a leading professor of mathematical biology at Imperial College London, told BBC Radio.

Britain initially took a restrained approach to the outbreak but Prime Minister Boris Johnson changed tack and imposed stringent social-distancing measures after Ferguson’s modeling showed a quarter of a million people in the country could die.

The response has since been hampered by a lack of ventilators and an inability to carry out mass testing to determine whether the public, and particularly health workers, have built up an immunity.

A second senior government adviser, the chief pandemic modeler Graham Medley, said he feared Britain had painted itself into a corner, with no clear exit from a strategy that would damage the economic and mental well-being of many people.