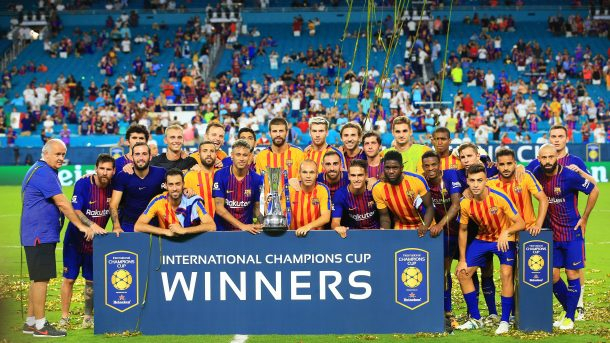 With no indication of when the 2019-20 European soccer seasons will end, the International Champions Cup exhibition tournament ahead of the 2020-21 season has been canceled, NBC news report.

Relevent Sports, which stages the tournament, made the announcement Friday.

“The lack of clarity of when social distancing and shelter-in-place restrictions will be lifted and the uncertain international football calendar, with the potential for European domestic leagues and UEFA tournaments being played into August, means planning a men’s International Champions Cup this summer is unfeasible.” Relevent Sports Group CEO Daniel Sillman said in a statement.

Many big European clubs have appeared in the tournament, which has been played primarily in the United States since it launched in 2013 and often draws large crowds.

Relevent said it hopes to hold this year’s edition of its smaller women’s tournament, which launched in 2018, and to resume the men’s tournament in the U.S. and Asia in 2021.