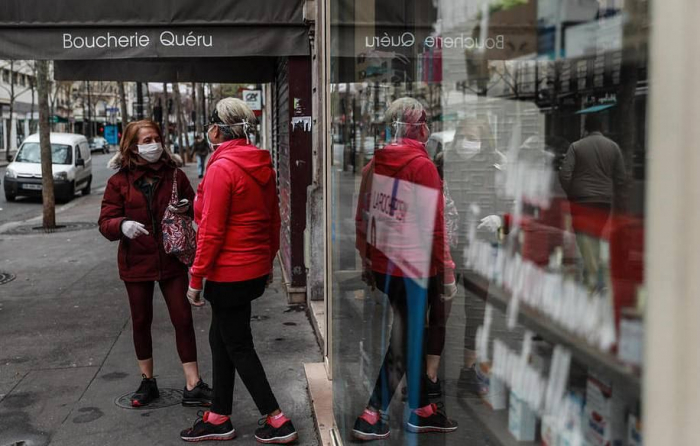 The number of coronavirus-associated deaths in France has increased by 353 during the day, or the lowest number in the past four days, French Director General of Health Jerome Salomon said on Saturday, AzVision.az reports citing TASS.

"A total of 353 patients have died in hospitals in the past 24 hours. The overall number of fatalities since March 1 has reached 13,832, of which 4,889 deaths have been reported from retirement homes," he said.

According to official statistics, the aggregate number of confirmed coronavirus cases in France stands at 93,790, or by 3,114 more than on the previous day.

According to the health official, as many as 31,320 coronavirus patients are undergoing treatment at hospitals, of which nearly 7,000 - most of them being people aged older than 60 - are in intensive care wards. More than 26,000 patients have recovered.

A self-isolation regime has been in force in France since March 17.

French President Emmanuel Macron is expected to address the nation on April 13 to announce extra measures aimed at curbing the epidemic spread. A source in the presidential administration said earlier restrictions were likely to be extended after April 15.