Coronavirus is accelerating the advance of nationalism over globalization - OPINION 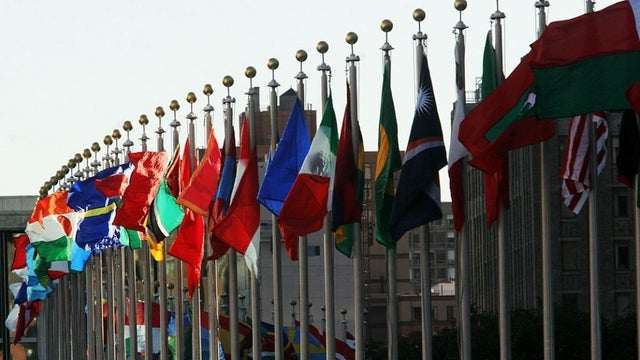 Though a broad segment of political and media opinion continues to proclaim that the coronavirus pandemic demands a strengthening of international cooperation and multilateral institutions, the facts on the ground demonstrate that the tide of events is  moving in precisely the opposite direction.

The emerging reality is that individual nation-states increasingly are in the driver’s seat and being strongly supported by their populations, while multilateral institutions from the United Nations to the European Union (EU) are falling victim to their internal contradictions and a consequent inability to act quickly or decisively in the face of the global crisis.

Key EU leaders did recognize the existential nature of the threat. France’s Emmanuel Macron declared that the stakes were nothing less than “the survival of the European project.” Spanish Prime Minister Pedro Sanchez agreed, saying, “Europe is at risk.”  Despite this, EU leaders were unable to deliver any meaningful and timely plan for common action. Repeatedly, the long-running disputes between the EU’s affluent north and the poorer south were exacerbated by conflicting statements and strategies offered by national leaders.

Nowhere was the EU’s crisis more starkly displayed than in Italy, the hardest hit country in the bloc. As reported by the Financial Times of London in “Is Europe Losing Italy?,” President Sergio Mattarella lamented that too many people fail to see the “seriousness of the threat to Europe.”

Staunchly pro-European Carlo Callendra, Italy’s permanent representative to the EU, plaintively asked, “Why do we want to stay in the EU? It is useless.” An opinion survey showed 67 percent of Italians believing that being part of the EU was a disadvantage to their country — up from 47 percent in November.

Meanwhile, the United Nations, long targeted by critics for inefficiency and abuses, was being engulfed by the World Health Organization’s (WHO) blatantly political response to the coronavirus crisis. The WHO’s director, Tedros Adhanom Ghebreyesus, not a doctor but an Ethiopian politician, has agreed with China’s cover-up of the genesis of the virus and appeared hesitant to declare an international emergency.

This egregious foot-dragging is particularly damning in light of the recent Southampton University report stating that 95 percent of coronavirus cases worldwide likely could have been prevented if China had moved to contain the virus in Wuhan just three weeks earlier.

The potential for acute dysfunction and other dangers inherent in globalization long has been central to the work of Harvard economist Dani Rodrik. His 1997 book, “Has Globalization Gone Too Far?”  and a later work, “The Globalization Paradox” (2011), have been acclaimed as prophetic analyses of world dilemmas, particularly the expanding conflict between globalization and nationalism.

Rodrik’s most telling criticism of globalization is its zeal for deregulation and de-emphasis of national sovereignty (e.g., borders) that effectively shields it from

democratic accountability to any identifiable electorate. In his view, the most tragic legacy of the internet-fueled world of technology and international finance is that it has gravely damaged poorer nations and people who, with growing resentment and some justification, see themselves as victims of distant, uncaring elites.

Interestingly, the BRIC nation-states — Brazil, Russia, India and China — are all ardently nationalistic, while the world’s greatest economic and military power, the United States, has been renewing a strong commitment to the principle of national sovereignty that has characterized its entire history.

Rodrik’s long view is that the forces driving globalization are not going away, but they must be reconciled with the interests of nation-states and not become an instrument of growing world inequity.

Nation-states, to be sure, have their own singular defects, as history painfully demonstrates, but they will continue to be the principal actors in these troubled and rapidly-changing times. The coronavirus has shown that multilateral organizations riven by their own national rivalries are no substitute.

In the end, the realities attending nationalism and globalization cannot be reduced to an either/or question, but clearly suggest the wisdom of a reasoned equilibrium between the two.

William Moloney, Ph.D., a fellow in conservative thought at Colorado Christian University’s Centennial Institute who studied at Oxford and the University of London.