COVID-19 is a test of multilateralism - ANALYSIS 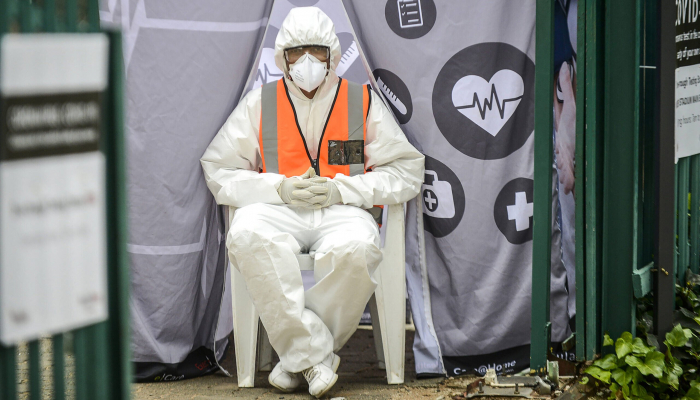 When the COVID-19 pandemic hit the world, ensuing events surpassed the worst expectations in the shortest time span imagined. It appeared that humanity was not ready to face the next pandemic that caught it unawares. The magnitude and the speed of the contagion have turned great geopolitical swathes into quarantines zones, and lockdowns have already taken a toll on economic activity, along with the physical and mental health of millions of people.

The countries hardest hit by the virus, such as the United States, Italy, Spain, France despite their efforts to contain the spread, had to nonetheless witness surges in the number of total deaths, while their healthcare facilities remain overloaded with patients. Discussions on the flattening curve come and go, depending on the daily indicators of infected and passed patients. Amid the throes of the pandemic, some European states and the United States have hinted at a readiness to ease restrictions and slowly get on with some normalcy, though this intent did not go unchallenged by those who believe it might yet be too early to relax.

While scholars find themselves in heated debates about the impending changes of the post-pandemic era, with some heralding the complete shift of the global world order and others arguing against it and making their cases for a gradual return to normalcy, there is a limbo that is left by the low profile of the largest global multilateral organization: the United Nations. The World Health Origination (WHO) is on the forefront to do what it is authorized to do in such situations, including declaring COVID-19 a pandemic on 11 March and keeping an eye on the situation, despite all the criticism it attracted for toeing the line from China that portrayed the virus as non-transmissible from human-to-human.

However, the United Nations Security Council has encountered towering challenges to its effectiveness. After a solemn silence, the United Nations Security Council finally attempted to meet over the COVID-19 threat on April 9 and discuss Tunisian and French draft resolutions on the pandemic. As elaborated by UN Secretary-General Antonio Guterres, the pandemic poses a threat to international peace and security by creating uncertainty and spreading economic, social, and political unrest in the world and “the engagement of the Security Council will be critical to mitigate the peace and security implications of the COVID-19 pandemic. Indeed, a signal of unity and resolve from the Council would count for a lot at this anxious time.”

There was a call for a resolution on the part of the Council, to speak up on this important issue as it did before in 2000/2001 on HIV/AIDS and on the Ebola crisis in 2014, when the Council was clear to name these diseases as threats to international peace and security. The Council however, could not agree on the proposed draft resolution over the disagreements between the P5 members, namely China and the United States, over mentioning the origin of the COVID-19. It had to suffice with a toothless press-release, which enunciated its support for the SC’s efforts related to “the potential impact of COVID-19 pandemic to conflict-affected countries.” The outcome was definitely not the most successful one and all eyes are therefore still on the Council as the debate is not over yet. But the longer the silence is, the wider the precipice becomes for effective multilateralism to fill the void.

If the Council remains unable to speak up on the disease, charting its characteristics and defining its standing on the spectrum of threats to international peace and security, one would expect the United Nations General Assembly to wade in, as usually happens within the United Nations, with a corresponding draft resolution that demands no more than the simple majority of votes of member states. This practice is not usually welcomed by the United Nations Security Council, as it feels this to be an exposition of its own inability to demonstrate a unified position on the issues within its competence. The delicacy of such a dynamic notwithstanding, hearing a voice of the United Nations that embodies states’ willingness to once again employ multilateralism in grappling with the threats and challenges to international peace and security would indeed be reassuring.

Granted, having a United Nations Security Council resolution on the COVID-19 pandemic will not stem the tide of the virus more quickly, nor will it offer any practical solutions for that matter. Even less so, if the United Nations General Assembly adopts a resolution instead of the Council. However, this would testify to states’ willingness to remain faithful to the principles of international cooperation, remain “within the club” and prioritize the values of multilateralism in dealing with threats of such magnitude. As we have all eye-witnessed, no state is capable of dealing with such threats in isolation, despite social isolation ironically being the best preventive method to contain the virus. Irrespective of the temporary closures of borders and extra measures to strengthen state sovereignty and exert control over freedom of movement, epidemics affect everyone involved to the same degree, therefore necessitating concerted solutions and coordinated actions, including in R&D to find vaccines and effective cures for the virus. Multilateral organizations are therefore august rostrums whose voices matter in uniting minds and resources to overcome such periods of uncertainty and fear. Let us remain hopeful that COVID-19 will not be another litmus test for failed multilateralism; on the contrary, effective multilateralism will do its bit to offer solace and unity of purpose.

Dr. Esmira Jafarova is the Board Members of the Center of Analysis of International Relations (AIR Center), Baku, Azerbaijan. Her writing also derives from her firsthand experience of working with the Council and understanding of how it operates.

Read the original article on geopoliticalmonitor.com.