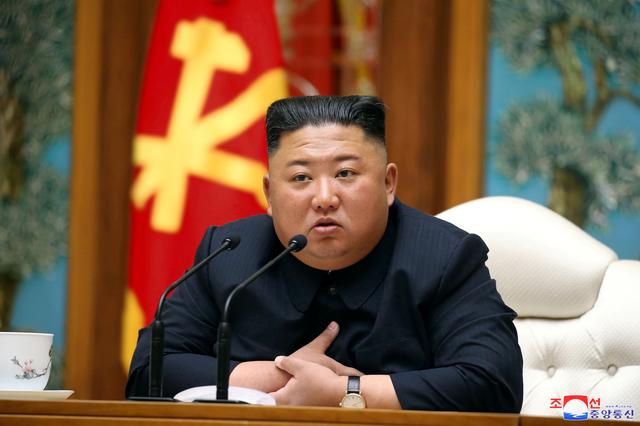 North Korea on Wednesday marked the anniversary of the birthday of its national founder and Kim’s grandfather, Kim Il Sung, as a national holiday known as the Day of the Sun.

Senior officials paid tribute to the embalmed body of Kim Il Sung enshrined in the Kumsusan Palace of Sun, state media KCNA said on Thursday. But did not mention Kim as part of the delegation, unlike the past. He was also absent from photos released by party mouthpiece Rodong Sinmun.

His purported absence triggered speculation among experts that Kim, who is aged 36 and overweight, might be having health problems.

A spokeswoman at Seoul’s Unification Ministry, which handles North Korea affairs, said on Thursday it was aware that state media has not reported on Kim’s visit but declined to provide any analysis.

Cheong Seong-chang, a senior fellow at South Korea’s Sejong Institute, said it was the first time in decades Kim’s visit to the palace on that holiday was not reported state media since he took power in late December.

“He has been going there on the birthdays of his grandfather and father to flaunt his royalty to them and sacred bloodline,” Cheong said.

“It is possible that there was a problem with his health or safety even if temporary, though it is difficult to assess how the situation might be.”

Pyongyang fired multiple short-range missiles on Tuesday which Seoul officials said was part of the celebration. Such military events would usually be observed by Kim, but there was no KCNA report on the test at all.