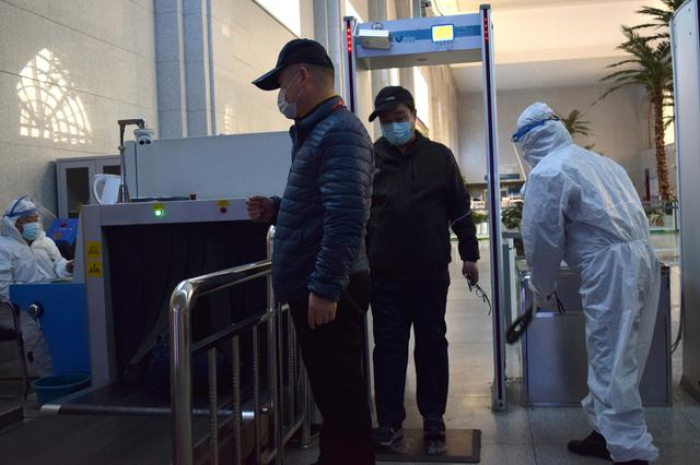 China reported 16 new confirmed coronavirus cases on April 18, the lowest since March 17 and down from 27 a day earlier, according to data published on Sunday.

Despite the declines in new confirmed cases, authorities are still on guard against a major resurgence, which could be socially and economically destabilising.

Notably, the northeastern province of Heilongjiang has seen a surge in infected travellers arriving from Russia in recent weeks, and is now battling to contain a flare-up in local cases.

The data from China’s National Health Commission showed nine of the new cases reported on Saturday were imported infections, the lowest since March 13 and down from 17 a day earlier. The remaining seven confirmed cases were locally transmitted, down from 10 the previous day.

The total number of confirmed coronavirus cases in the mainland reached 82,735 as of April 18, while the total death toll from the virus stood at 4,632.

Heilongjiang has reported 39 new local cases in the past 10 days, or more than 50% of all the new 73 local cases reported in the mainland during the same period.

Most of the cases were related to one imported case in the provincial capital Harbin.

On Friday, a total of 18 officials in Harbin, including a vice mayor, were punished.

To contain the outbreak quickly, the Heilongjiang government is cautioning against family gatherings, cross infections at hospitals, and slow reporting in epidemic investigations, according to a statement on the provincial government website.

“The biggest political task at present is to stop the rebound and spread of the epidemic,” Wang Yongkang, vice governor of Heilongjiang, was quoted as saying.

Elsewhere in mainland China, all areas in central Hubei province including Wuhan, the epicentre of the outbreak in China, are now considered low-risk.

However, a Beijing central district is seen as high-risk, according to a social media post by the State Council, or Cabinet.

On April 15, the Chinese capital reported three local cases, all of which were linked to an imported infection.

Areas that are considered of medium-risk in China include two districts in Harbin, the city of Suifenhe in Heilongjiang, two districts in the southern city of Guangzhou as well as Jiaozhou city in eastern Shandong province.

In mainland China, newly discovered asymptomatic cases stood at 44, down from 54 a day earlier. Three of the new cases were imported, according to the health commission.

China does not include asymptomatic cases, or patients who test positive but show no clinical symptoms such as a cough or fever, in its tally of confirmed cases.

No new deaths were reported, it said.