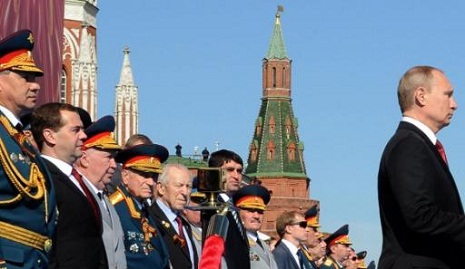 "Certainly, it was probably hard for the president to make such a decision but <...> the health of people is a priority for him," Peskov said.

According to Peskov, May 9 is a holy day for Putin. The Kremlin spokesman expressed confidence that "everyone will still celebrate" the 75th anniversary of victory in the Great Patriotic War.

On Thursday, Russian President Vladimir Putin announced that both the Victory Day parade and the Immortal Regiment’s march would not be held on May 9, but would take place later this year as soon as the coronavirus threat subsides.