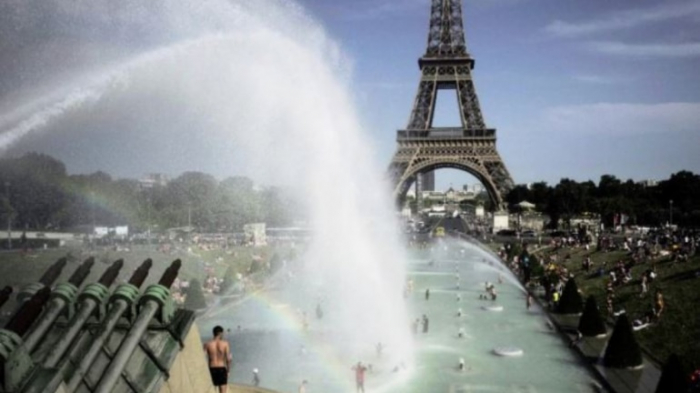 Last year was the hottest in history across Europe as temperature records were shattered by a series of extreme heatwaves, the European Union's satellite monitoring surface said Wednesday, AzVision.az reports citing AFP.

In its annual report on the state of the climate, the EU's Copernicus Climate Change Service (C3S) said that 11 of the continent's 12 warmest years on record have been since 2000 as greenhouse gas emissions continue to rise.

Warm conditions and summer heatwaves contributed to widespread drought across southern Europe, while areas of the Arctic were close to one degree Celsius hotter than a typical year, it said.

Overall, temperatures across Europe have been 2C hotter during the last five years than they were in the latter half of the 19th century, C3S's data showed.

2019 globally was second-hottest only to 2016, a year that experienced an exceptionally strong El Nino warming event.

C3S director Carlo Buontempo said that while 2019 was Europe's hottest year on record, it was important to focus on the continent's long-term heating.

"One exceptional warm year does not constitute a warming trend, but to have detailed information from our operational service, that covers many different aspects of our climate, we are able to connect the dots to learn more about how it is changing," he said.

Some parts of Europe experienced periods up to 4C hotter than the historic baseline last year, and heatwaves -- notably in June and July -- saw temperature records shattered in France, Germany and Britain.

To do so, and to stand any hope of meeting the accord's more ambitious cap of 1.5C of warming, the UN says emissions from fossil fuel use must fall 7.6 percent annually by 2030.

While carbon pollution levels are expected to drop significantly in 2020 due to the economic slowdown from the pandemic, there are fears that emissions will surge back once a vaccine is found.

"The response to the COVID-19 crisis could exacerbate the climate crisis if bailouts of the fossil fuel industry and fossil-intensive sectors are not conditional on a transition to clean technologies," said Cameron Hepburn, director of the University of Oxford's Smith School of Enterprise and the Environment.

Andrew Shepherd, director of the University of Leeds' Centre for Polar Observation and Modelling, said C3S's data was all the more worrying as it foreshadowed accelerated melting of the Greenland Ice Sheet.

"We can't avoid the rapid changes in climate that are happening around our planet, even if they occur miles away in the polar regions, because they affect our weather today and will affect our coastlines in the future," he said.

"Concentrations of greenhouse gases in the atmosphere are obstinately increasing as a result of human activity," she said.

"With this rise come changes in our climate – warming trends and events of extreme weather."

"For things to improve, we need massive reductions in greenhouse gas emissions – there is no other way," Jones added.