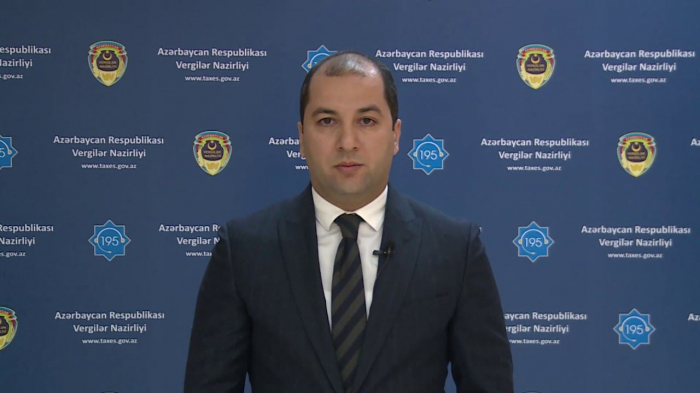 The cancellation of an individual’s frozen tax ID for the aim of receiving lump-sum benefits has no legal basis, the Deputy Head of the Main Department for Economic Analysis and Accounting of the State Tax Service at Azerbaijan's Ministry of Economy Namig Dargahov said, AzVision.az reports.

“The presence of the tax ID should not be understood as the citizen’s income. For this a citizen must be employed. The basis for providing the aid should be not whether the person willing to receive it has the respective documents, but whether he has income, earnings,” he noted.

Dargahov also said that part of the wages of micro entrepreneurs was paid by the state, and direct financial support was allocated to individual (micro) entrepreneurs.

According to him, so far more than 200,000 individual entrepreneurs and hired employees have taken advantage of this program.

"A number of entrepreneurs appealed to the Ministry of Economy and the State Tax Service to receive financial support, instead of filling out and submitting the appropriate application form created in their personal accounts in the Internet Tax Web Administration to join the financial support program,” said the official.

“Once again, we would like to inform the entrepreneurs that they should fill out the appropriate application form, including in their personal accounts in the Internet Tax Administration. After considering these appeals, the payments will be made to the taxpayers whose indicators comply with the conditions established by the Cabinet of Ministers," he added.