Trump’s remarks on disinfectants are rebuked 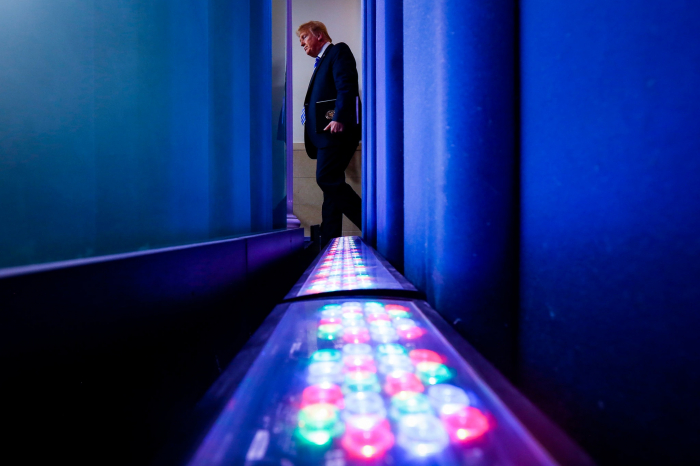 President Trump’s suggestion that an injection of disinfectant could help combat the coronavirus prompted warnings on Friday from health officials across the country, as well as the makers of Clorox and Lysol and even several Fox News personalities, the New York Times reported.

Injecting bleach or highly concentrated rubbing alcohol “causes massive organ damage and the blood cells in the body to basically burst,” Dr. Diane P. Calello, the medical director of the New Jersey Poison Information and Education System, said in an interview. “It can definitely be a fatal event.”

The White House spent much of the day trying to walk back Mr. Trump’s remarks, which he made at Thursday’s press briefing. “Leave it to the media to irresponsibly take President Trump out of context and run with negative headlines,” said Kayleigh McEnany, the White House press secretary.

But the president later undermined her argument when he told journalists he “was asking a question sarcastically to reporters like you just to see what would happen.” Now, Mr. Trump’s advisers are encouraging him to skip the daily briefings or field fewer questions from the reporters.

Here’s what else is happening in the U.S.: