Ukraine does not recognize so-called "genocide” of Armenians 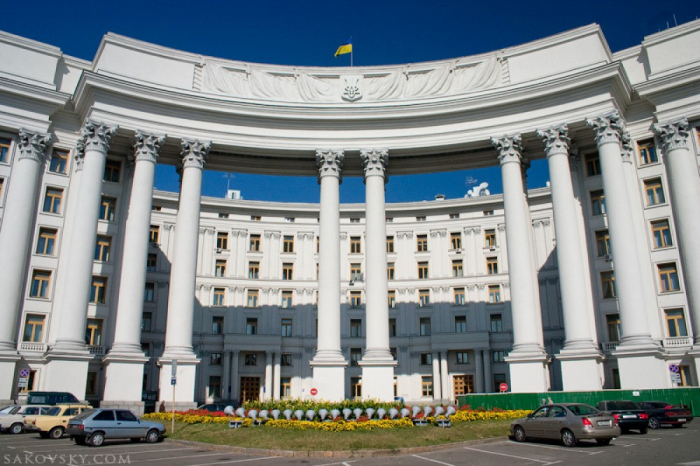 Ukraine’s Deputy Foreign Minister Vasyl Bodnar has urged the government agencies to withhold from using the word genocide to describe the events of 1915 in the Ottoman Empire, namely the deaths of Armenians in eastern Anatolia when some sided with invading Russians and revolted against Ottoman forces.

A member of the Ukraine parliament (Verkhovna Rada), Daria Volodina, posted the photo of Vasyl Bodnar’s letter on her Facebook page on April 22.

In the letter sent to the government agencies, Bodnar stated that Ukraine does not recognize the so-called "genocide of the Armenian people," and uses the expression "tragic events of April".

Bodnar stated that events that took place in the Ottoman Empire in 1915 do not fit the definition of the term "genocide" adopted by the UN on December 9, 1948 (actions committed with the intention to destroy, in whole or in part, any national, ethnic, racial or religious group as such).

Vasyl Bodnar’s also reminded that Armenia is “in the wake of Russia's foreign policy” and votes against resolutions that are vital for Ukraine in international organizaitons.

He also notes that the question of the so-called "Armenian genocide" is sensitive to the strategic partner of Ukraine - Turkey, and must be solved by historians.

Furhtermore, Bodnar asked Ukrainian officials - recipients of his letter not to participate in commemorative events dedicated to the 105th anniversary of the tragic events of 1915 and not to use the term "Armenian genocide".