Japan preparing to extend coronavirus emergency for about a month: sources 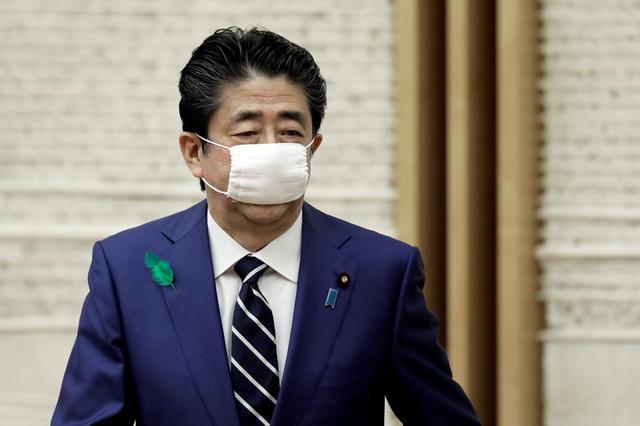 Japan is preparing to extend its state of emergency over the novel coronavirus, originally set to end on May 6, for about a month, government sources told Reuters on Thursday, even as some other countries begin to reopen after strict lockdowns.

Japanese Prime Minister Shinzo Abe told parliament that he would consult infectious disease experts on whether to extend the emergency, which he declared on April 7 for seven prefectures including Tokyo.

Economy Minister Yasutoshi Nishimura said the meeting with the experts would start at 10 a.m. (0100 GMT) on Friday.

The state of emergency gives local governors greater power to tell people to stay at home and ask businesses to close, but it does not mandate penalties in most cases for non-compliance, relaying instead on social pressure and respect for authority.

With the emergency declaration set to conclude at the end of Golden Week holidays, there remain worrying signs that Japan’s low testing regime has undercounted many coronavirus cases.

At the same time, data showing consumer confidence at a record low along with slumps in factory output and retail sales illustrated the economic damage from the virus.

“We would like to consult experts’ analysts and views,” Abe said in parliament, referring to a possible extension of the emergency. He said he wanted to make a decision before the last minute.

Japan has had more than 14,000 confirmed cases of the coronavirus and 436 deaths, according to public broadcaster NHK, still far lower figures seen in the United States and Europe.

Of the confirmed cases, more than 4,000 were in Tokyo, with 46 new cases on Thursday, media reported.

A study using antibody tests among people in the Shinjuku ward of Tokyo indicated nearly 6% of people had been exposed to the virus, the Tokyo Shimbun newspaper reported, echoing a similar study of patients at Keio University Hospital.

Japan has carried out 1.3 coronavirus tests per 1,000 people, compared with 12 in South Korea and 18 in the United States, according to figures compiled by Our World in Data.

“Japan should have acted faster, locked down and contained in a shorter period of time,” said Kenji Shibuya, director of the Institute of Population Health at King’s College, London.

“If this situation continues, for a longer period of time, than that under the lockdown, then not just health care but the economy will suffer more.”

Health authorities say they follow World Health Organization guidelines on testing, and that an expansion of testing could flood already overwhelmed hospitals with mild cases.

Abe will make a final decision about extending the emergency declaration by about a month following a meeting of experts on Friday, government and ruling party sources told Reuters.

Tokyo governor Yuriko Koike told reporters on Wednesday the situation in the capital remained difficult and called on Abe’s cabinet to extend the emergency.

The response of social media users ranged from resignation to frustration at not being able to meet relatives or friends. But many more worried about the economic impact, especially on smaller businesses.

“If you extend it another month for the whole nation, you will have to pay out subsidies to businesses - and 100,000 yen to each resident also won’t nearly be enough,” wrote on social media user called “Katuotoko.”

“Places with low infection rates need to get the economy moving again.”

Japan has rolled out more than $1 trillion to soften the economic blow from the coronavirus pandemic.