Lebanon riots: Protesters face off against police after funeral - NO COMMENT 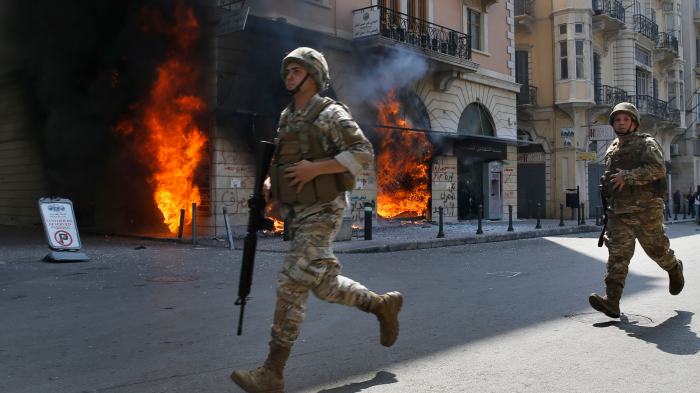 Protesters faced off against the army in the Lebanese city of TripolI during the funeral of a young man killed in riots a day earlier.

The clashes - which began on Monday - follow a devastating crash in Lebanon's national currency, causing food prices to rise in Tripoli, Lebanon's second-largest city, and elsewhere in the country.