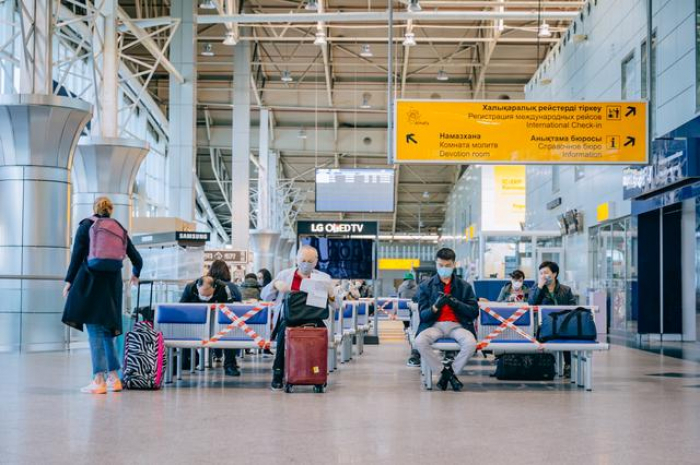 Kazakh airlines made their first regular domestic flights in more than a month on Friday, with rows of passengers seated alongside empty middle seats, after the vast Central Asian nation eased coronavirus lockdown rules.

Kazakhstan’s 19 million people are spread across a country the size of Western Europe and many people rely on flights to travel between family and work.

The first route to reopen was the 90-minute flight between the biggest city Almaty and the capital Nur-Sultan, three domestic carriers - Air Astana, SCAT, Qazaq Air - said, adding that other routes would follow from Monday.

Passengers were required to present certificates confirming they had tested negative for COVID-19, which are valid for a week, and undergo temperature checks at the airport.

Airlines must leave empty seats between passengers, who must wear protective masks, the carriers said, citing new rules. SCAT said the arrangement reduced the number of seats available by 30%, and Friday’s return flight operated at 62% of capacity.

Kazakhstan has confirmed more than 3,500 cases of the disease and 25 deaths. A state of emergency will continue until at least May 11, but businesses including banks, logistics firms and factories were allowed to reopen on Tuesday.

Hungarian budget carrier Wizz Air (WIZZ.L) became one of the first European airlines to restart routes on Friday, with flights between London’s Luton airport and the Bulgarian capital Sofia.