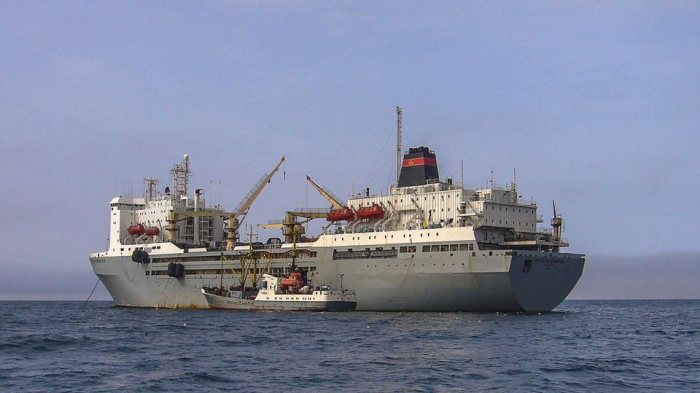 Two individuals were injured due to the gas bottle explosion at the Russia’s largest floating factory Vsevolod Sibirtsev in Nakhodka, the Marine Rescue and Coordination Center in Vladivostok told TASS, AzVision.az reports.

"The bottle explosion occurred during hot work. Two individuals were injured. One of them is in serious condition," the Center said.

Vsevolod Sibirtsev is one of two largest floating factories across the globe. The vessel is 179 meters long and has the displacement of 26,000 tonnes.