How to avoid a W-shaped recession - OPINION 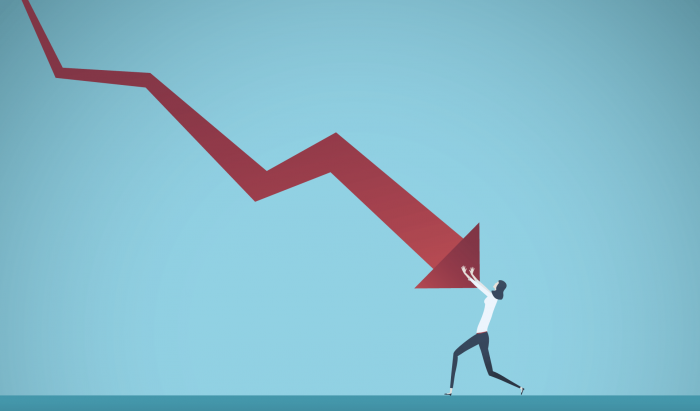 As policymakers plan their COVID-19 responses, policymakers should remember a simple rule of thumb: let “W” stand for premature "withdrawal" of public-health or economic-stimulus measures. As previous crises have shown, such proposals should be avoided like the plague.

“Those who cannot remember the past are condemned to repeat it,” George Santayana famously quipped in 1905. It is a phrase that has been repeated for over a century, but rarely heeded. As COVID-19 decimates the global economy, our understanding of history could be the difference between a V- or U-shaped recession and a W-shaped one, in which incipient recovery is followed by successive relapses.

As recently as March, V-shaped recoveries in individual economies seemed plausible. Once infections and deaths had peaked and begun to decline, the logic went, people would eagerly return to work. Economic activity might even get an extra boost, as consumers released pent-up demand.

This is in line with the pattern of recovery from natural disasters, such as earthquakes and hurricanes, as well as the epidemic of severe acute respiratory syndrome in 2003. Though output in China – the outbreak’s epicenter – did suffer as a result of SARS, it recovered so fast that annual GDP was hardly affected.

Today, China reports that industrial production rebounded in March from its plunge in February. But, overall, it seems clear that forecasts of a V-shaped global recovery from COVID-19 are too optimistic.

Policymakers may, however, be able to engineer a U-shaped recovery. In such a scenario, certain segments of the economy would be reopened, with employees separated physically and, if possible, temporally (in shifts). This would keep the economy going until the health crisis is under control, at which point all sectors could be restarted and a full economic recovery could begin.

This scenario would require countries to ensure frequent, free testing on a massive scale. That is technically feasible, at least in high-income countries, though governance failures in many – such as the United Kingdom and the United States – have impeded its implementation. If effective tests for antibodies are developed, and the relationship between antibodies and immunity to COVID-19 is confirmed, a return of economic activity would be all the more achievable. Contact tracing – which has helped to limit the spread of the virus in parts of Asia, such as Singapore and South Korea – should also be considered.

Of course, a cure or vaccine would be a game changer. But even in the best-case scenario, testing and approving any breakthrough could take a year and a half. If economic activity remained severely depressed for that long would, the status of the current recession would be confirmed as by far the worst since the Great Depression of the 1930s.

But there is an even more devastating scenario: a prolonged W-shaped recovery, caused by political leaders’ failure to heed the lessons of history. Two policy mistakes – echoing those made in the interwar period – seem particularly likely.

The first mistake – toward which many leaders, beginning with US President Donald Trump, have already shown a dangerous predilection – would be to declare “victory” over the virus prematurely, abandon public-health interventions, and allow a second wave of infections to take hold. That is what happened during the so-called Spanish flu pandemic a century ago. The first wave hit the US in early 1918. The second wave, in September 1918, was far deadlier. The third wave persisted into 1920.

In 1918, like today, cities instituted social-distancing measures, including school closures, prohibitions on public gatherings, and face-mask requirements. But delayed action was common, and few maintained the interventions for long. A 2007 study from the National Academy of Sciences found that US cities’ success in reducing the number of deaths “was often very limited because of interventions being introduced too late and lifted too early.”

In fact, nobody upheld the public-health interventions as long as they should have. San Francisco reduced mortality by at least 25% – the highest rate among US cities. But, rather than reinforcing its commitment to its interventions, this success led the city to cancel its restrictions in November; a second, much deadlier wave of infections followed in December and January. Had San Francisco sustained its social-distancing rules for longer, the National Academy of Sciences estimates, it could have cut the death toll by 95%.

Political leaders might also abandon economic stimulus too soon – the second mistake that could lead to a W-shaped recession. The events of 1936-37 in the US show just how devastating this decision can be.

In 1936, satisfied with progress in recovering from the depression that had begun seven years earlier, President Franklin D. Roosevelt’s administration curbed federal spending and raised taxes. At the same time, the US Federal Reserve tightened monetary policy, doubling bank reserve requirements and sterilizing gold inflows. By 1937, the US economy had relapsed into a severe recession, which lasted through 1938.

US policymakers made a similar blunder after the 2008 global financial crisis. President Barack Obama’s fiscal stimulus program, enacted in February 2009, together with the Fed’s monetary expansion, halted the economy’s free fall. The recovery began in June of that year. But in 2011, after Republicans took control of the US Congress, the fiscal stimulus was prematurely ended, impeding the recovery considerably.

There is good reason to worry that US policymakers will make a similar mistake today. While unprecedented bipartisan fiscal and monetary measures are helping, the job is far from finished. If Trump loses the White House in the November election, but Republicans remain in control of the Senate, they may suddenly rediscover the evils of deb and once again demand policies that are effectively procyclical. After all, America’s debt-to-GDP ratio will climb above 100% by the end of the fiscal year, according to new CBO forecasts. (It doesn’t help to have entered 2020 already saddled with a $1 trillion budget deficit – a reflection of awful fiscal policy at a cyclical peak.)

Policymakers everywhere should remember a simple rule of thumb: to avoid a W-shaped recession, let “W” stand for premature “withdrawal” of public-health or economic-stimulus measures. As previous crises have shown, such proposals should be avoided like the plague.

Jeffrey Frankel, Professor of Capital Formation and Growth at Harvard University, previously served as a member of President Bill Clinton’s Council of Economic Advisers. He is a research associate at the US National Bureau of Economic Research, where he is a member of the Business Cycle Dating Committee, the official US arbiter of recession and recovery.