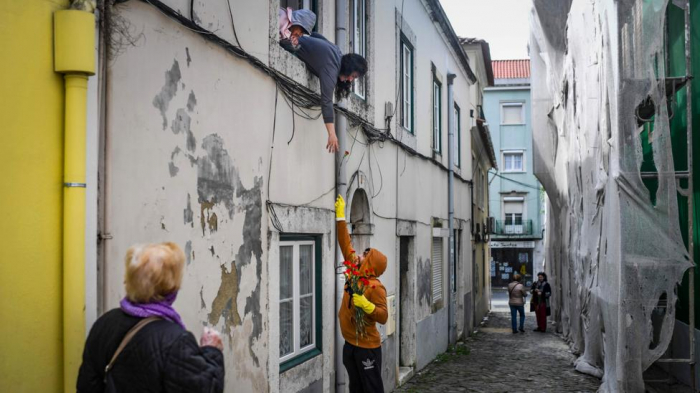 We’ll be less touchy-feely and far more wary, but the transition will feel strange.

In a normal week, it’s hard to count how many times we come into physical contact with other human beings. For many who are isolating alone, this may be the longest period in their lives that they’ve gone without skin-to-skin human touch. The extreme distancing we’re seeing now is, one would hope, an impermanent change. But as more countries begin to lift their lockdown measures, we are faced with the problem of how to return to reality. How do we interact with each other in a way that keeps us safe but doesn’t offend?

For months we’ve been practising social distancing, keeping at least two metres away from each other, avoiding touching communal surfaces and stifling coughs and sneezes. It has been difficult to quash a lifetime’s experience of learned societal norms that demonstrate politeness or affection: in many cultures we shake hands when we greet new people, hug those we care for or offer a hand, literally, to those who need it.

Now we’re preparing to go out into the world once more, all those ingrained habits may have to stop. The double-air-kiss beloved by the French could be a vector of transmission; the warm embrace of Italians greeting potentially too dangerous. “Touchy-feely” behaviour in general could cease to be acceptable, and with it, everything we’ve learned about a world normally full of physical contact might change.

It’ll be difficult to handle, says Robin Dunbar, emeritus professor of evolutionary psychology at Oxford University. “Physical contact is part of the mechanism we use to set up our relationships, friendships and family memberships,” he says. It all stems back to our history as primates, when stroking of hairy skin triggers the endorphin system in our brain, which makes us feel warm and positive. 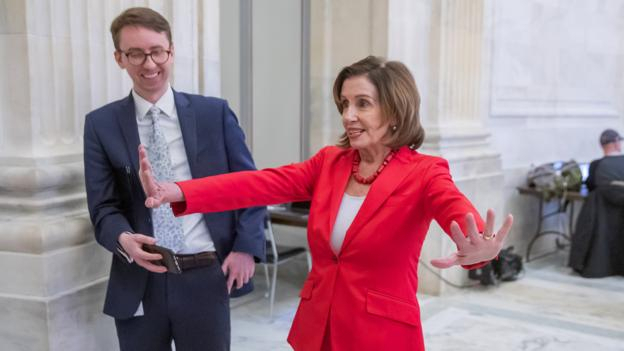 We may find ourselves more comfortable with keeping people at a distance from us when we greet them (Credit: Getty Images)

And there’ll likely be confusion and concern as we try to adapt to the new normal.

“Tactile touching or whispering in people’s ear will probably disappear for quite a while,” says Cary Cooper, professor of organisational psychology and health at Manchester Business School. “Communications will be slightly more complicated and less nuanced as a consequence. People might misinterpret things as you won’t have the cues you normally would.”

However, we’re already seeing ways in which our new socially distant world could work, taking cues from the television programmes we’re consuming during lockdown. Shows around the world are showing their presenters sitting further apart from their colleagues, reinforcing the importance – and acceptability – of staying distant.

“Everyone’s really performing the notion of being apart but together,” says Erika Hughes, academic lead for performance at the University of Portsmouth.

Conversely, we’re recognising the shift in perception when we watch programmes produced before social distancing. The shudder of worry and the visceral reaction to crowded scenes set in bars, nightclubs and shopping centres are a recognition that our brains are being rewired to accept more distant social practices.

It reflects a broader worry that is held across the globe about the risks of returning to social contact. According to research by pollsters Ipsos-Mori, only 7% of Britons want closed businesses to reopen if the virus is not fully contained, while 70% strongly oppose going back to normal. They found the same sentiment reflected elsewhere: 60% of Australians and Americans, 70% of Canadians, half of French and Brazilian people and 40% of Chinese don’t want to reopen society until the virus is tackled.

“The recent pandemic has changed everything we know, particularly about how we remain socially connected,” says Bhavna Jani-Negandhi, a clinical psychologist in private practice. “People have risen to the challenge and have tried to maintain social connections in creative ways, but at the same time it has been different and it can be hard to adjust to the new ways of being social.”

So many of the changes in life now are called “unprecedented”. For one, in March, France’s health minister advised citizens to stop kissing due to Covid-19. But in fact we have been here before – in England in the 15th Century, King Henry VI banned kissing in an effort to stymie the spread of the bubonic plague.

Aversion to close contact with someone with an infection has a darker side too. Ever since HIV/Aids first emerged, there has been a huge stigma against those who had tested positive for the virus. Many people feared they could contract HIV/Aids through even a handshake, despite evidence that it was a sexually transmitted infection.

It was in this context that the late Princess Diana shook the hand of a patient being treated for HIV/Aids at London’s Middlesex Hospital in 1987, in an effort to tackle the stigma. Similarly, tuberculosis patients experience prejudice in different forms around the world, including excessive distancing measures, and there is a long global history of people who have leprosy being ostracised. But attitudes change over time, with concerted myth-busting campaigns, so that many now wouldn’t think twice about embracing someone who is HIV-positive, for example. 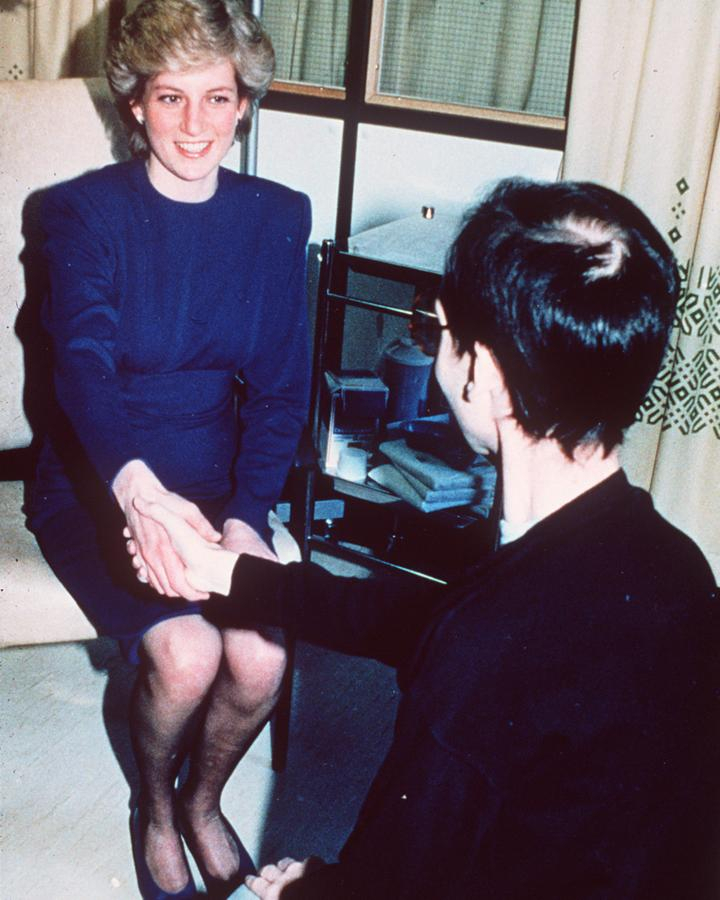 When the late Princess of Wales took the hand of an HIV patient in hospital it helped to dispel some of the stigma surrounding the disease (Credit: Getty Images)

If and when a much-anticipated vaccine for coronavirus emerges and physical contact with those outside our immediate household “bubbles” becomes safe, how lasting will our new attitudes to touch be?

“I suspect there will be a change in the near-term, but it will wear off over time,” says Dunbar. The initial fear and revulsion of close personal contact will likely give way to practices we’ve partaken in since birth.

Handshakes are the most emblematic way we’re likely to see a shift, with plenty of headlines already calling time on their existence. But that may be premature, reckons Dunbar. “They’re so ingrained with us,” he says. “People will find it very difficult not to stick their hand out.”

That’s something Cooper agrees with. “I can’t see a replacement for the handshake in the near future, at all,” he says. Various attempts have been trialled, including touching feet and elbows, but the performatively awkward nature of it means they may not last long.

Even as low-contact ways of greeting are adopted, it may not ease the pain of what we’ve lost. Hughes has found it difficult, when she’s been grocery shopping, to tamp down the physical impulse to go over and greet someone she knows when out and about. “There’s almost something painful about not crossing that line, even though we know we’re not supposed to,” she says. She equates it with grief, not over losing a friend, but losing something important about our connection.

“I think we’re losing the sense of knowing what to do with that feeling when you want to go and naturally embrace somebody,” she says. And fear of the unknown – the invisible threat – will keep us feeling that worrisome emotion. “We may change the way we connect with others and may take a cautious approach, depending on our experience of the pandemic and its impact on us individually,” says Jani-Negandhi.

But before we mourn what may be lost, it’s worth thinking about what we might gain. Perhaps a first kiss will be more powerful as it takes on a new significance. Planes, which are cramped to capitalise on fares, may become more bearable as norms around personal space are rewritten. The supportive hug will mean more when you have to think about to whom you give them, and likewise the kindly hand on the shoulder will be imbued with more meaning.

Hughes foresees a future where we divide our social groups into an inner circle of those we feel comfortable and willing to touch, and an outer circle with whom we’re more circumspect. “It could heighten how we do value touch when you finally get to do it,” she says. “It’ll move from what it is now in Western society writ large – which is as a greeting – to being more of a confirmation.” 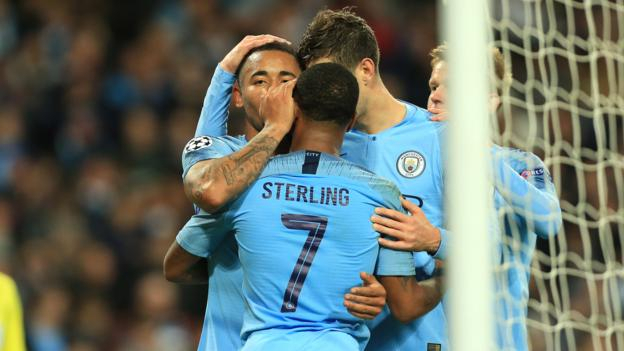 Getting close enough to whisper into someone's ear requires a certain degree of intimacy that may now feel strange (Credit: Getty Images)

That doesn’t mean the transition will be easy. “It’s going to be heartbreaking. Many cultures have really beautiful ways of connecting that don’t involve touch,” says Hughes. “But to replace something as iconic as a hug or as a cheek kiss, I think is going to require a new choreography.”

As for alternative greetings, Hughes, who comes from the American south, reckons we already have a ready-made replacement for a greeting: the wave and head nod that she encounters when she drives down the long country roads to her parents’ house makes her feel welcome. “Maybe you take it out of the car,” she says.

For those worrying about the lack of physical contact depriving us of something innately human, Dunbar has some words of hope. “Touch is not the only mechanism used for physical bonding,” he says. Evolution from our primate progenitors has given us new ways to feel a connection with others that also trigger endorphins. “They’re things like laughter, singing, dancing, telling stories, religious rituals and so on,” he says – “the things we use in our everyday social interactions.”

So, while we may remain wary about physical contact for some time yet, staying physically distant doesn’t have to mean we can’t feel close.