Italy is reopening but its schools aren’t. What’s a parent to do? 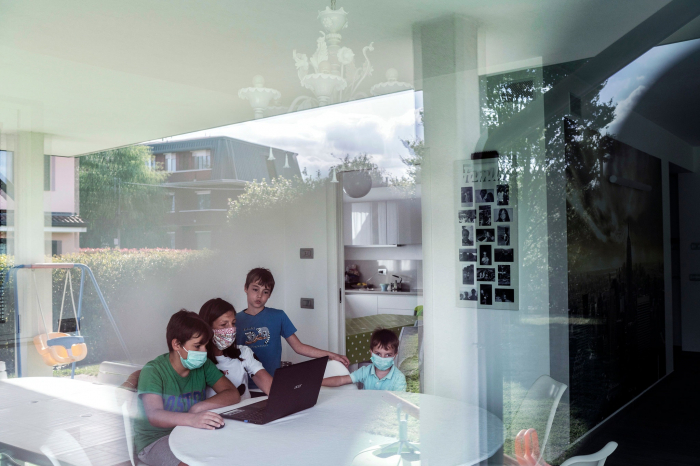 Millions of Italians returned to work on Monday after nearly two months of being on lockdown because of the coronavirus. But many working parents are unsure about how to ease back into their professional lives when their young children still can’t go to school.

Italy, once the epicenter of the coronavirus outbreak in Europe, was the first European country to impose national lockdown restrictions on March 10. When it lifted some of those restrictions this week, schools, nurseries, daycares and summer camps remained closed.

The Italian government has issued several measures to assist families juggling work and increased parental responsibilities during the epidemic. They include an additional 15 days of annual parental leave and a one-time voucher for 600 euros to go toward babysitting. Last week, the government announced it was evaluating a plan to reopen nurseries and daycare centers by the summer. Schools, however, are only expected to reopen in September.

But families say the government hasn’t done enough and that the measures that have been introduced fall short.

Many parents — and especially mothers — fear they will be forced to choose between their jobs and their family as the country slowly crawls back to life, and have called on the government to step in and act.

Across the European Union, the women’s employment average is 67 percent, compared with 54 percent in Italy. And one study on gender inequality in the country showed that women already shoulder a disproportionate amount of child care duties.

An article published last month on Lavoce.info, an Italian website, showed that 72 percent of those expected to return to work on Monday would be men, as restrictions on construction sites and factories, where jobs are traditionally held by men, were among the first to be lifted.

The situation, the authors wrote, would “end up increasing the workload of women” at home, where they are already responsible for much of the child care.

Making the situation even harder, the Italian networks that normally support families — like church, after-school programs and sports centers — have also shut down.