EU must go 'back to the future' of open borders after COVID-19, commissioner says 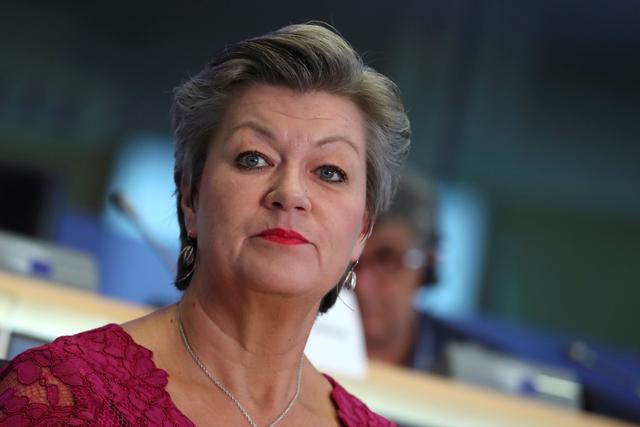 The European Union must go “back to the future” of open borders once the coronavirus pandemic is brought under control, a senior EU official said on Thursday, after a spate of frontier closures by member states fraying the bloc’s cohesion.

The remarks signaled a coming push by the executive European Commission to have EU countries restore the cherished Schengen zone of control-free travel that has collapsed in a welter of unilateral moves to rein in transmission of the virus.

The breakdown of untrammelled travel within the 26-nation Schengen zone, a cornerstone of the world’s biggest and most lucrative single market, recalled the flurry of uncoordinated border closures during the 2015-16 migration crisis.

Now, member states’ varying responses to the coronavirus pandemic - which have included summary halts to border crossings and emergency health checks of arriving travellers - has subjected EU unity to another bitter test.

“We now need to get back to the future, back to normality. And we need to do so as soon as the health situation allows it,” Home Affairs Commissioner Ylva Johansson, whose brief includes migration, told a virtual exchange with European lawmakers.

“Member states introduced different measures in an uncoordinated manner. Unwinding these different national restrictions will take some time, but we can do it.”

The European Commission wants member states to start gradually lifting national border controls and next week will issue guidelines amounting to a balancing act between avoiding a fresh wave of infections and allowing economies to revive.

Johansson recalled that when the Schengen zone was first created between five countries in 1985, the Berlin Wall still stood as a monument to a Cold War-divided Europe and millions of Europeans were not allowed to travel freely.

In recent years, Schengen has suffered one blow after another from the migration crisis to the coronavirus pandemic, dealing repeated setbacks to the post-World War Two goal of European integration.

Current travel restrictions also weigh heavily on Europe’s tourism sector, one of the hardest-hit by the outbreak, as well as severely damaging trade and transport on the continent, which faces its worst ever economic downturn.

“In the long run, we have to do better than return to the status quo. We need to update and further strengthen Schengen. To begin with, I want Bulgaria, Romania and Croatia to join,” she said, mentioning three of the newer member states.