Russia’s coronavirus cases grow by 10,699 over past day 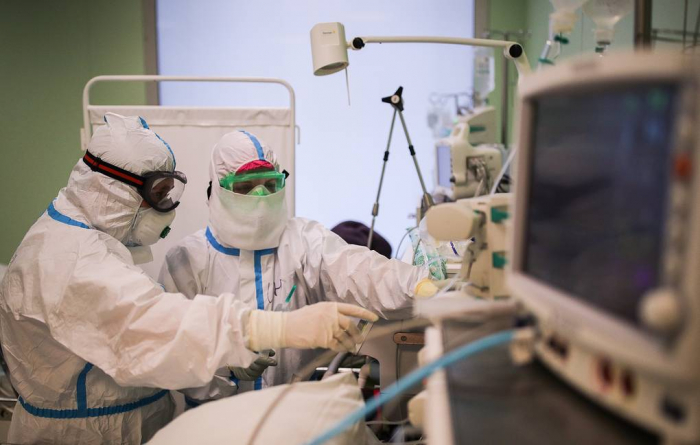 Russia has confirmed 10,699 new COVID-19 cases over the past day, taking the total case tally to 187,859 in all regions, the anti-coronavirus crisis center told reporters on Friday, AzVision.az reports citing TASS.

Some 26,608 people have recovered and 1,723 patients have died of the coronavirus.

According to the crisis center, the daily growth rate stood at 6%, becoming the lowest figure since the outbreak of the virus. The number of recoveries per day has risen by 11.8%.

A total of 98 people have died over the past day, including 51 in Moscow, 19 in the Moscow Region, five in the Bryansk Region, four in St. Petersburg and Rostov Region, two in the Kursk and Omsk Regions and Mordovia. One fatality has been recorded in the Tula, Leningrad, Orenburg, Kemerovo, Tomsk Regions, Dagestan, Karachay-Cherkessia, North Ossetia and Udmurtia.