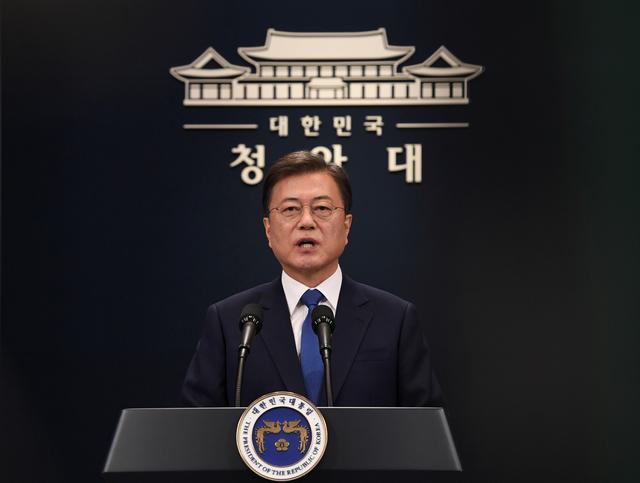 South Korea warned of a second wave of the new coronavirus on Sunday as infections rebounded to a one-month high, just as the authorities were starting to ease some pandemic restrictions.

“It’s not over until it’s over,” President Moon Jae-in told the nation, saying a new cluster shows the virus can spread widely at any time, and warning of a second wave late this year.

The Korea Centers for Disease Control and Prevention (KCDC) reported 34 new infections, the highest since April 9, after a small outbreak emerged around a slew of nightclubs, prompting the authorities to temporary close all nightly entertainment facilities around the capital.

The death toll remained at 256.

Health Minister Park Neung-hoo said the government will decide on whether it will reopen schools in stages starting from May 13 as planned after examining the impact of the nightclub cases for two to three days.

Battling the first major coronavirus outbreak outside China, South Korea brought infections of the virus, and the disease COVID-19 that it causes, down drastically through widespread testing, aggressive contact tracing and tracking apps. The response has helped Asia’s fourth-largest economy come to grips with the pandemic without extensive the lockdowns seen elsewhere.

The daily tally of new infections had hovered around 10 or less in recent weeks, with no or very few domestic cases over the past 10 days.

“We must never lower our guard regarding epidemic prevention,” Moon said in a televised speech marking the third anniversary of his inauguration. “We are in a prolonged war. I ask everyone to comply with safety precautions and rules until the situation is over even after resuming daily lives.”

He said the KCDC will get greater power as part of the long-term fight and be renamed the Disease Control and Prevention Administration to reflect its enhanced position, while the authorities beef up local expertise.

The resurgence is driven by an outbreak centred around a handful of Seoul nightclubs, which a man in his late 20s had visited before testing positive last week.

At least 24 out of the 26 new domestically transmitted infections were traced to that man, bringing the infections related to the case to 54, the KCDC said.

The KCDC said officials are tracking down about 1,900 people who have gone to the clubs, which could be increased to 7,000, asking anyone who was there last week to self-isolate for 14 days and be tested.

“This case is once again showing a rapid spread of the virus as well as high infectiousness,” KCDC director Jeong Eun-kyeong told a briefing. “We’re in a battle against time to head off additional transmissions in the local communities.”