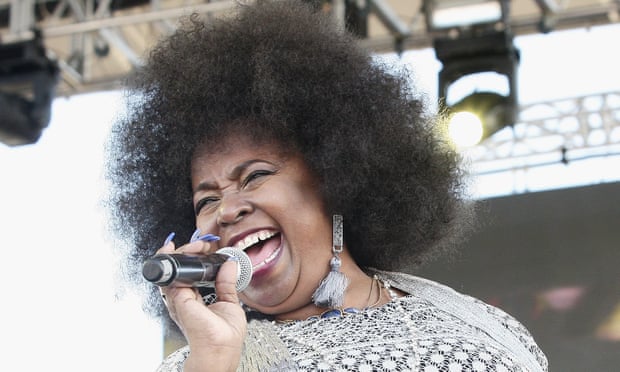 The soul, funk and R&B singer Betty Wright, celebrated across pop genres for her remarkable vocal prowess, has died aged 66.

The cause of death was not immediately known but Wright’s niece confirmed the news, writing on Twitter: “Sleep in peace aunty Betty Wright. Fly high angel.”

Wright was best known for the song Clean Up Woman, a frank tale of a woman who “cleans up” with men other women have neglected, recorded when she was 17. It reached No6 in the US charts in 1971 and its funk guitar lick has been sampled frequently, including by Mary J Blige and Chance the Rapper.

Other Wright tracks have been sampled by Beyoncé, for her hit single Upgrade U, rappers 2Pac, YG and Slim Thug and more.

Wright had two UK Top 40 hits, with the up-tempo numbers Shoorah Shoorah and Where is the Love, both in 1975. The latter track won Wright her only Grammy award from six nominations, for best R&B song.

Wright had another US Top 10 hit with Dance With Me in 1978, providing vocals alongside lead artist Peter Brown. She also provided backing vocals or vocal production for artists including Jennifer Lopez, Joss Stone, Gloria Estefan, Lil Wayne and David Byrne.

She twice worked with the Marley family, on an album of posthumous Bob Marley reworks in 1999 – having supported him on tour in 1979 – and with Damian Marley and rapper Nas on their 2010 album Distant Relatives.

Hits like Clean Up Woman were written for Wright but she also penned her own songs including Tonight is the Night, about losing her virginity, which became a favourite for R&B fans. Sexuality was addressed in other early hits like Let Me Be Your Lovermaker and Baby Sitter, where, as on Clean Up Woman, she is superseded by a love rival, who has “a truckload of you know what / and all of it in place”.

Wright was born in Miami in 1953 and started singing gospel at the age of two, with her siblings in the group Echoes of Joy. When they broke up, Wright was only 11. After switching to R&B she was signed aged 12. Her first hit was Girls Can’t Do What the Guys Do – the track later sampled by Beyoncé – which reached No33 in the US in 1968.