Troubles multiply for Brazil’s President Bolsonaro, who calls the coronavirus ‘a measly cold’ 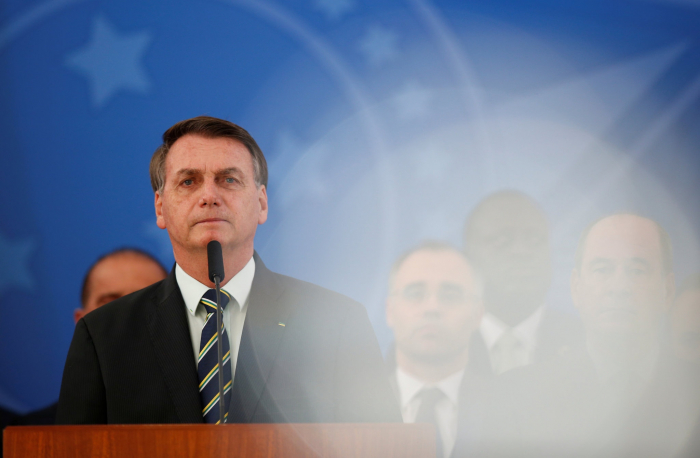 As Brazil’s coronavirus contagion accelerated this past week, with nearly 53,000 confirmed cases and 3,670 deaths, speculation intensified over how much longer President Jair Bolsonaro would last in power.

In recent weeks, Mr. Bolsonaro’s strikingly dismissive response to the coronavirus pandemic, which he has called a “measly cold” that cannot be allowed to throttle economic growth, generated calls for impeachment at home and bewilderment abroad.

He was already struggling to govern effectively when, on Friday, his star cabinet minister resigned with an explosive speech that basically called his soon-to-be former boss a criminal.

Mr. Bolsonaro became a president without a political party in November, after falling out with leaders of the Social Liberal Party, which had backed his presidential bid. And several political allies — including two of Mr. Bolsonaro’s sons — are under investigation in a series of criminal and legislative inquiries.

Given those challenges, which have left Mr. Bolsonaro deeply isolated, the dramatic exit of his justice minister was seen by critics and supporters of the president as a potentially destructive blow to his grip on power during a public health crisis and a recession.

And, while several Latin American leaders have seen a bounce in public opinion as they imposed strict quarantine measures to curb the spread of the coronavirus, Mr. Bolsonaro’s popularity has dropped amid what critics call a flailing response.