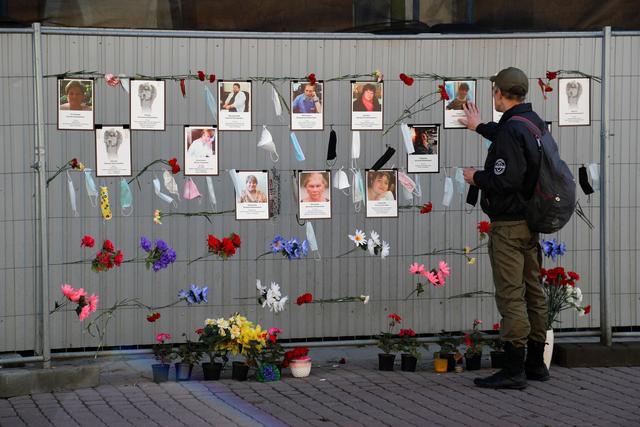 A new surge in coronavirus cases took Russia’s tally past those in Italy and Britain on Monday, making it the third highest in the world just hours before President Vladimir Putin was due to issue an update on the situation.

The number of new cases of the novel coronavirus rose by a record daily amount to 11,656 in the previous 24 hours, making the official tally 221,344. Only Spain and the United States have recorded more cases than the world’s biggest country.

More than half of all cases and deaths are in Moscow, the epicentre of Russia’s outbreak. The Russian capital on Monday reported an overnight increase of 6,169 new cases, bringing its official total to 115,909.

Official data published on Sunday showed Moscow reported 18% more deaths in April this year than the same month in 2019, raising the possibility that the official death toll from COVID-19, the respiratory disease caused by the virus, seriously understates the spread of the virus.

Government officials attribute the lower death toll and the rising and large number of cases to a vast testing programme, under which they say 5.6 million tests have been conducted.

That, they say, has allowed doctors to quickly identify people who need medical care and make sure they receive it in a timely fashion.

Putin was due to hold a meeting later on Monday, a public holiday in Russia, at which he was expected to deliver an update the country on the situation.

At the end of last month, he extended coronavirus lockdown measures until May 11 and ordered his government to begin preparations for a gradual lifting of the curbs from mid-May.

Putin told Russians at the time that the worst days of the outbreak were still ahead. Two days later, Prime Minister Mikhail Mishustin announced he had the virus and needed to temporarily step aside.

Putin has ordered the government to come up with a plan to get the economy moving again by June 1.

Moscow and other Russian regions are in their seventh week of a lockdown. The capital’s residents have been told to stay at home except in certain circumstances, such as going out to buy food and medicine. They must obtain a digital permit to travel anywhere by public or private transport.