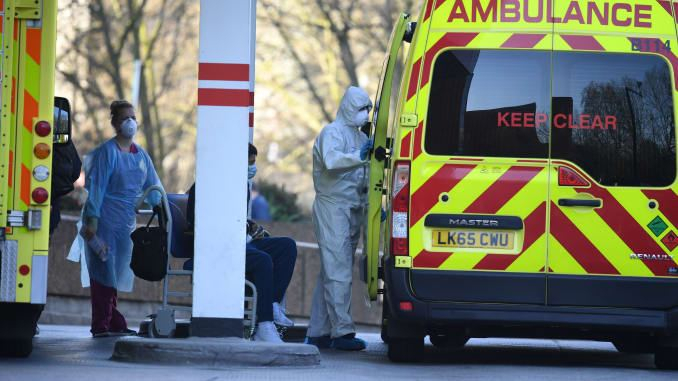 The United Kingdom has overtaken Italy to report the highest official death toll from the new coronavirus in Europe, figures released on Tuesday showed, increasing pressure on Prime Minister Boris Johnson over his response to the crisis, AzVision.az reports citing Reuters.

Weekly figures from Britain’s Office for National Statistics (ONS) added more than 7,000 deaths in England and Wales in the week to April 24, raising the total for the United Kingdom to 32,313.

Only the United States, with a population nearly five times greater, has suffered more confirmed fatalities from the virus than Britain, according to the data so far.

Tuesday’s figures are based on death certificate mentions of COVID-19, the disease caused by the novel coronavirus, including suspected cases.

While different ways of counting make comparisons with other countries difficult, the figure confirmed Britain was among those hit worst by a pandemic that has killed more than 250,000 worldwide.

“I don’t think we’ll get a real verdict on how countries have done until the pandemic is over, and particularly until we’ve got international comprehensive data on all-cause mortality,” Foreign Secretary Dominic Raab told reporters.


Opposition politicians said the figures proved the government had been too slow to provide enough protective equipment to hospitals and introduce mass testing.

Italy and Spain, the next worst-hit European countries, have smaller populations than Britain, further complicating comparisons.

The daily cumulative death toll published by Britain’s government, which records deaths only for confirmed coronavirus cases, rose on Tuesday to 29,427 - exceeding Italy’s own daily toll for the first time.

Ministers dislike comparisons of the headline death toll, saying that excess mortality - the number of deaths from all causes that exceed the average for the time of year - is more meaningful because it is internationally comparable.