Azerbaijani Community of Nagorno-Karabakh issues statement on anniversary of ceasefire 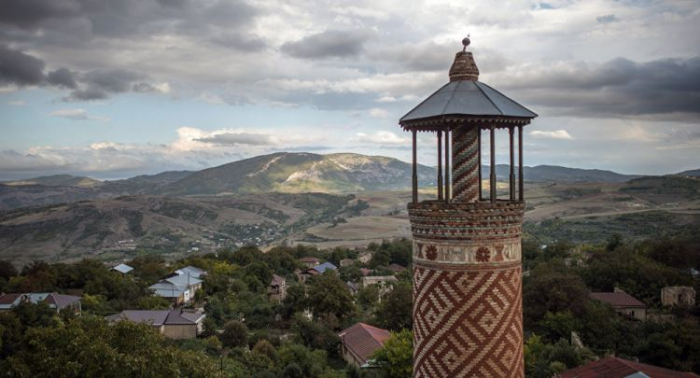 The Azerbaijani Community of the Nagorno-Karabakh region of the Republic of Azerbaijan has issued a statement on the 26th anniversary of the ceasefire between Armenia and Azerbaijan.

As a result of the occupation policy of the Republic of Armenia, one out of every ten persons in Azerbaijan became an internally displaced person or a refugee. Hundreds of thousands of Azerbaijanis, including the Azerbaijani community of the Nagorno-Karabakh region of Azerbaijan, have been expelled from their homes and properties, and their basic human rights have been violated for years. The European Court of Human Rights in its judgment on the case of Chiragov and others v. Armenia (2015) established that the Republic of Armenia bears responsibility for human rights violations in the occupied territories of Azerbaijan.

Although the ceasefire called for an end to hostilities and the withdrawal of the armed forces of Armenia from all the occupied territories of Azerbaijan, a political solution to the conflict has not yet been found. The main factor hindering the settlement of the conflict – the unlawful occupation of Azerbaijan’s territories by the armed forces of Armenia – has not been eliminated. Although, ceasefire has been generally observed with skirmishes reduced to unprecedented level, which is also confirmed by the OSCE, it did not translate into progress in conflict resolution. The lack of political will of Armenia continues to impede advancement of the process.

The policy and practice of Armenia in the occupied territories of Azerbaijan pursued under the cover of the ceasefire, including actions that change the physical, demographic and cultural character in those territories, clearly demonstrate that Armenia’s populist declarations about alleged adherence to the ceasefire are nothing but a hollow rhetoric and smokescreen and testify to its intention to consolidate the occupation of these territories and to secure their annexation.

Armenia must understand that no peace settlement of the conflict can be reached which violates the Constitution of the Republic of Azerbaijan and its inconsistent with international law. The military occupation of the territory of Azerbaijan does not represent a solution and will never produce a political outcome desired by Armenia. The principled basis for the settlement of the conflict is laid down in the related UN Security Council resolutions. The achievement of peace, security and stability will be possible, first and foremost, only if the consequences of Armenia’s occupation are removed, thereby ensuring that its armed forces are immediately, unconditionally and completely withdrawn from the territories of Azerbaijan, the sovereignty and territorial integrity of Azerbaijan are restored, and the right of internally displaced Azerbaijanis to return to their homes and properties is guaranteed and implemented.”