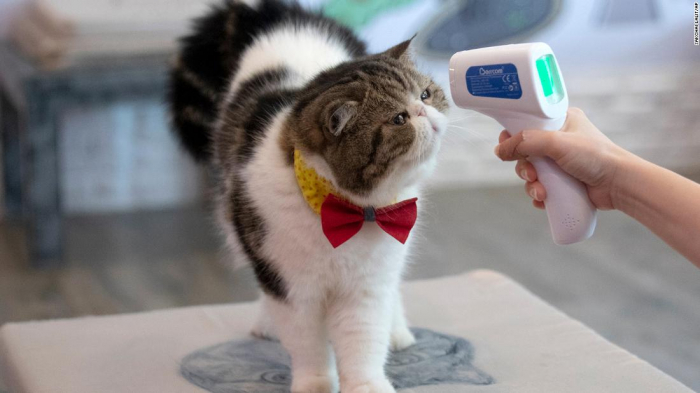 A selection of powerful news photographs taken around the world this week, as people react to the spread of the coronavirus. 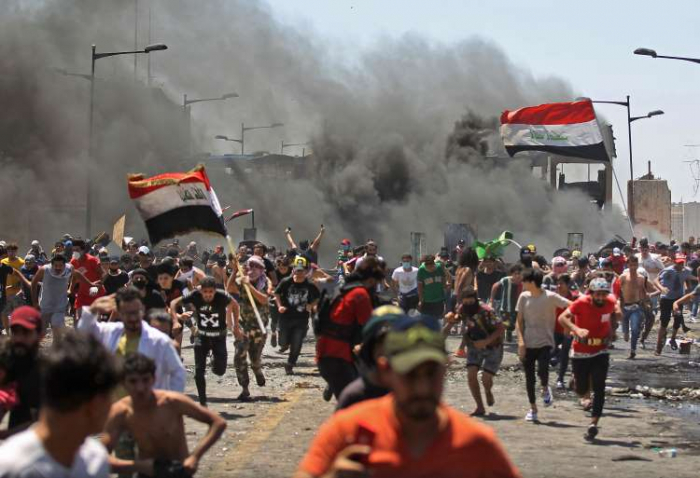 Anti-government protesters run for cover as they clash with security forces on the Al-Jumhuriyah bridge in Baghdad, Iraq, on Sunday, May 10. Ahmad Al-Rubaye/AFP/Getty Images 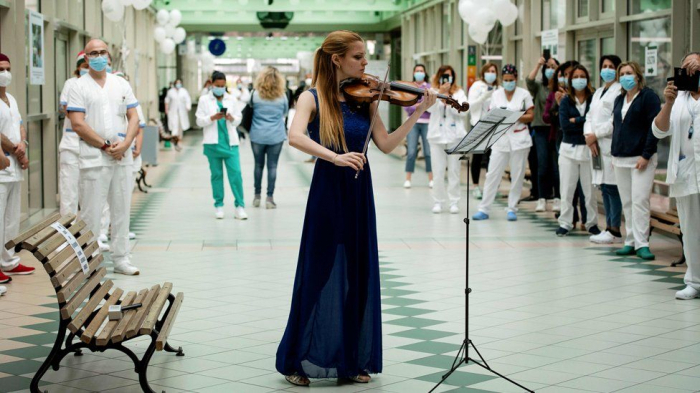 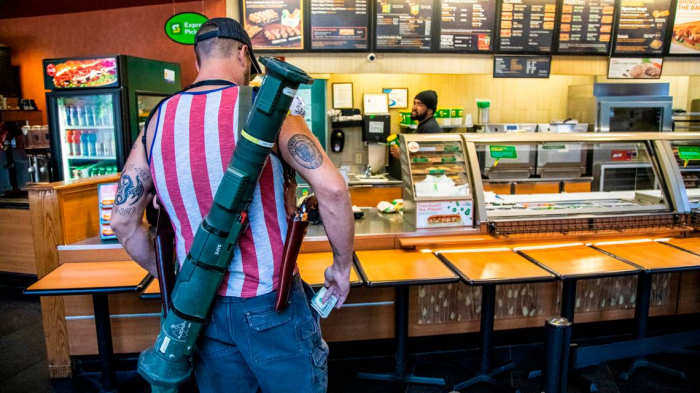 Steve Wagner carries an inert anti-tank weapon and two pistols while paying for sandwiches at a Subway restaurant in Raleigh, North Carolina, on Saturday, May 9. He was part of a group of about 11 demonstrators, mostly armed, who had been marching around downtown Raleigh protesting North Carolina's stay-at-home order. Travis Long/The News & Observer 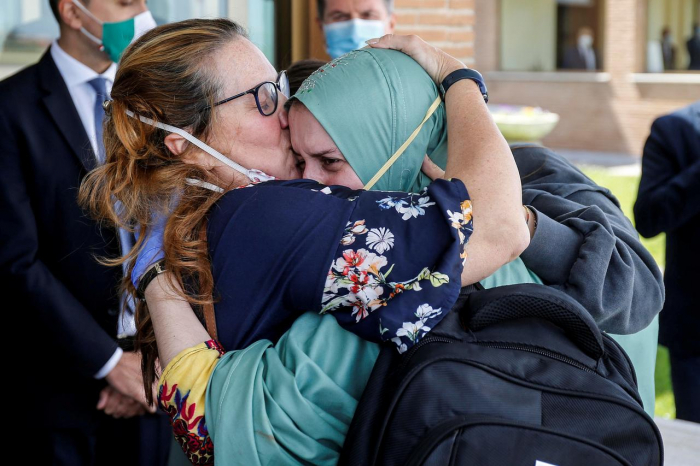 Silvia Romano, an Italian aid worker who was kidnapped by gunmen in Kenya 18 months ago, is kissed by her mother, Francesca Fumagalli, at a military airport in Rome on Sunday, May 10. Handout/Reuters 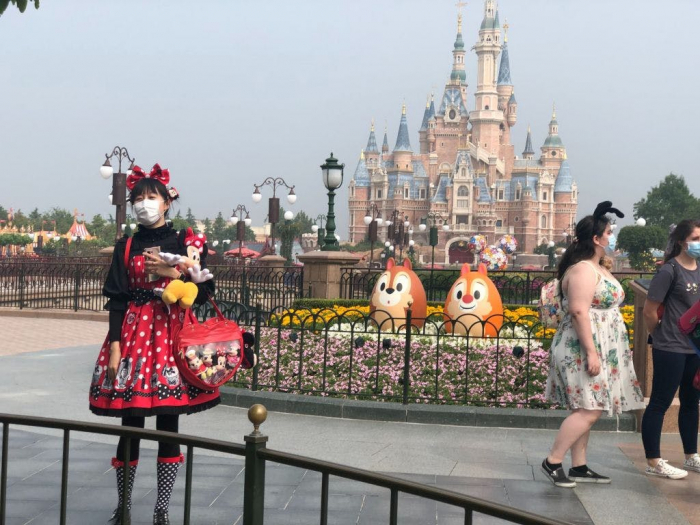 A woman takes a photo at Disneyland Shanghai after the amusement park reopened in China on Monday, May 11. The park had been closed for three and a half months. Visitors are now required to wear masks, have their temperatures taken and practice social distancing. Hector Retamal/AFP/Getty Images 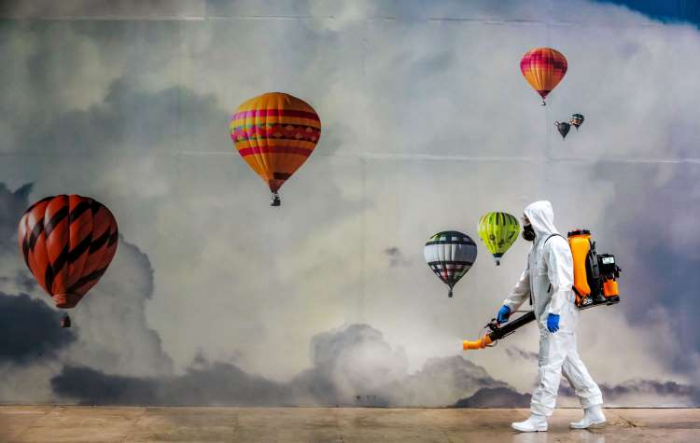 A worker disinfects a shopping mall in Caxias do Sul, Brazil, on Wednesday, May 13. Silvio Avila/AFP/Getty Images 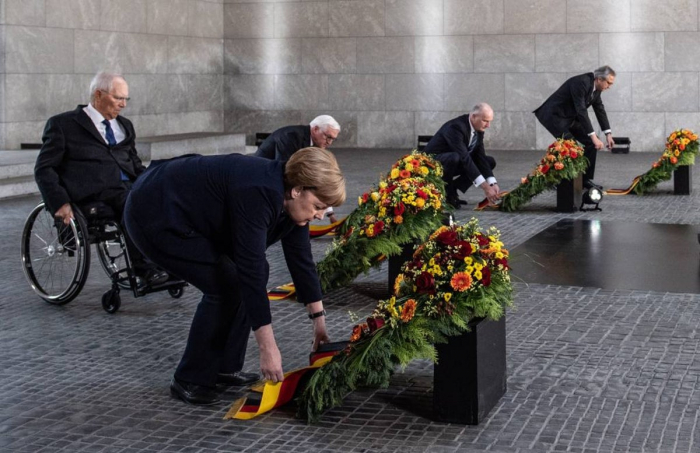 German Chancellor Angela Merkel attends a wreath-laying ceremony at the Neue Wache Memorial in Berlin on Friday, May 8. It was the 75th anniversary of Victory in Europe (VE) Day. Filip Singer/Pool/Getty Images 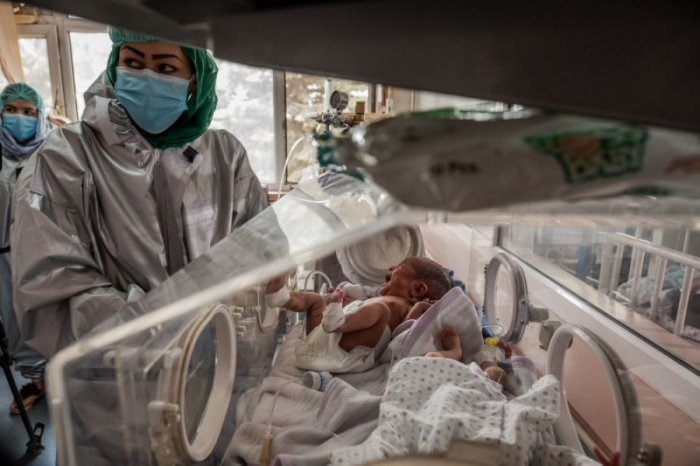 Nurses attend to newborn babies at a hospital in Kabul, Afghanistan, on Wednesday, May 13. The newborns were rescued a day earlier after gunmen attacked a maternity clinic in the city and killed many of their mothers. Jim Huylebroek/The New York Times/Redux 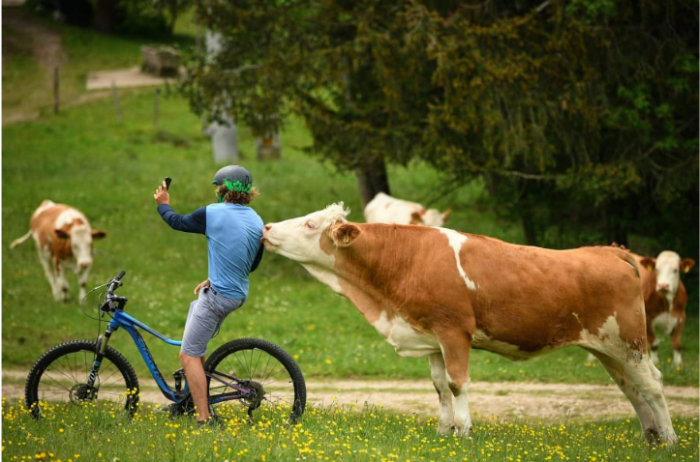 A cow takes an interest in a mountain biker taking a selfie in Samerberg, Germany, on Monday, May 11. Philipp Guelland/EPA-EFE/Shutterstock 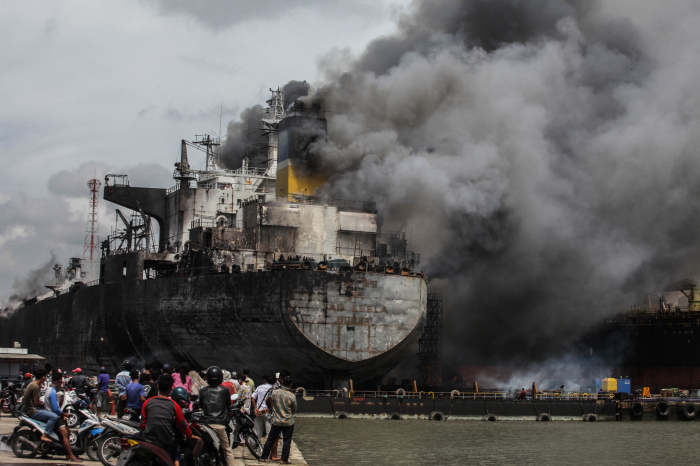 Arisa Limpanawongsanon, owner of the Caturday Cat Cafe in Bangkok, Thailand, checks a cat's temperature on Friday, May 8. The cat cafe reopened as the city began to relax its coronavirus restrictions. Sakchai Lalit/AP 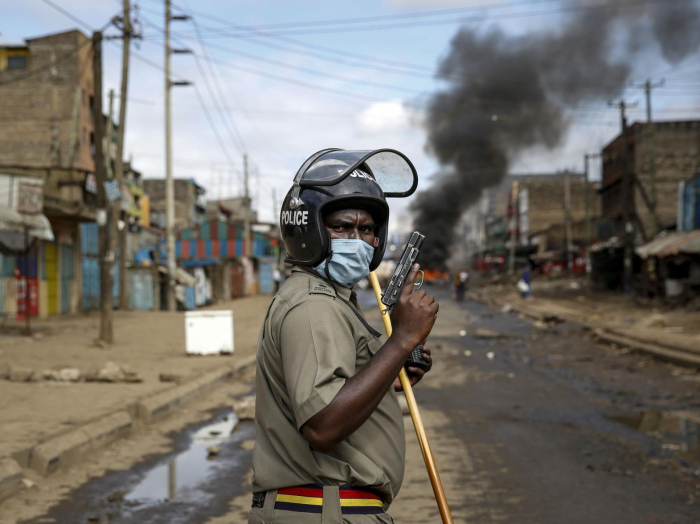 A police officer holds a pistol during clashes with protesters in Nairobi, Kenya, on Friday, May 8. Hundreds of protesters blocked one of the capital's major highways with burning tires to protest government demolitions of homes and the closure of a major food market. Brian Inganga/AP