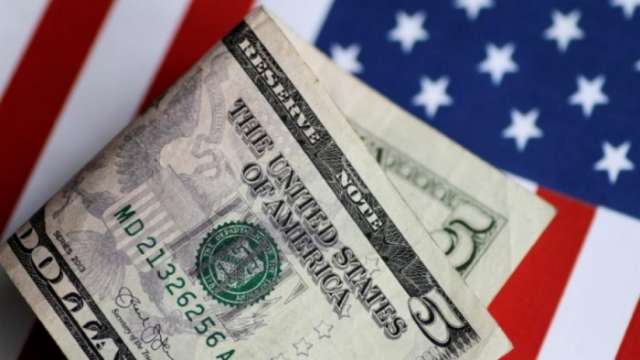 After three years of US President Donald Trump abusing America's dominant position in the global monetary and financial system, his administration's disastrous response to the COVID-19 pandemic will further erode faith in the dollar. And if the days of America's "exorbitant privilege" come to an end, so will much else.

With the onset of the COVID-19 crisis, the United States seems to have developed a severe case of what psychologists call dissociative identity disorder: it is simultaneously projecting two distinct personalities.

On the one hand, the US Federal Reserve has responsibly assumed a leadership role in international finance, as it did during the 2008 global financial crisis. In March, the Fed quickly resurrected a network of bilateral currency-swap arrangements with some 14 foreign central banks, and introduced new repurchase (repo) facilities for an even broader array of monetary authorities, thus ensuring an ample supply of US dollars to meet global liquidity needs. America’s central bank has once again become the world’s lender of last resort.

On the other hand, America’s president, Donald Trump, has irresponsibly rejected the idea that international cooperation is needed to combat the impact of COVID-19 on public health and economic activity. He remains beholden to the principle of “America First,” which means that other governments must look elsewhere for any semblance of leadership. When given the opportunity, the Trump administration has made clear that it will act alone and solely in the “national interest,” as defined by the president’s own narrow transactional worldview.

This display of conflicting identities is hardly a sign of American fitness, nor does it augur well for the US dollar, long the world’s dominant currency. The longer America puts two faces forward, the likelier it will be to fall from its long-held position atop the international monetary and financial system. After all, how much longer will international investors and foreign governments trust the money of an increasingly unreliable partner?

To be sure, there is little risk of a mass exodus from the dollar at the moment. The Fed’s latest actions are a response to higher demand for dollars (rather than a safeguard against panic sales). This suggests that, if anything, the COVID-19 crisis has reaffirmed the greenback’s critical role as the ultimate safe haven.

Nonetheless, before the pandemic erupted, it was increasingly evident that investors and central banks were looking for alternatives to the “unloved dollar standard,” owing to the Trump administration’s unpredictable behavior and toxic brand of xenophobic nationalism. Around the world, there is palpable resentment over Trump’s indiscriminate use of financial sanctions to punish countries such as Iran, as well as any country that does business with it, including US allies. By “weaponizing” the dollar’s central role in international settlements, Trump has long been inviting others to return fire.

China, in particular, has been increasingly proactive in promoting the renminbi as an alternative to the dollar, not least by gradually opening its $13 trillion domestic bond market (the world’s second-largest) to foreign institutional investors. Likewise, European countries have launched a new mechanism specifically designed to bypass US sanctions on Iranian oil exports.

With the greenback already slowly bleeding out, the pandemic inevitably will open the wound even wider. That, in turn, will have far-reaching implications for America’s influence in the world and, ultimately, for the US-led post-war international order.

The greenback’s contribution to US power is well understood. As the issuer of the world’s dominant currency, America has long enjoyed what Valéry Giscard d’Estaing, then France’s finance minister, famously called an “exorbitant privilege.” As long as foreigners are hungry for dollars, the US can spend whatever it needs to project power around the world, simply by speeding up the printing press. It also can wield influence more directly, such as by making greenbacks available to friends while withholding them from foes.

But now, Trump’s capricious behavior and pursuit of isolationism threaten to erode US geopolitical power significantly. And once US power is widely seen to be on the wane, the greenback will start to lose some of its appeal, setting in motion a vicious circle: a weaker dollar begets a weaker US, which begets a weaker dollar, and so on.

Indeed, the pound sterling followed a similar pattern in the twentieth century. Sterling’s loss of international standing was both a cause and an effect of Britain’s slow-motion decline from an imperial power to a middling island power off the coast of continental Europe. The dollar is not immune to the same kind of progressive degeneration.

The decline of the US and the dollar’s standing would remove one of the key pillars of the post-war liberal order. For many, that order has been synonymous with US geopolitical dominance. But in the absence of US leadership, competing political models are coming to the fore, promoting nationalism, populism, and various stripes of “illiberal democracy.” America’s split personality will affect more than just Americans. Barring a return to form in Washington, DC, the prognosis for the dollar-centric post-war order looks grim.

As the COVID-19 pandemic escalates, and its effects reverberate around the world, Project Syndicate is delivering the expert scientific, economic, and political insights that people need. For more than 25 years, we have been guided by a simple credo: All people deserve access to a broad range of views by the world's foremost leaders and thinkers on the issues, events, and forces shaping their lives. In this crisis, that mission is more important than ever – and we remain committed to fulfilling it.

Benjamin J. Cohen, Professor of International Political Economy at the University of California, Santa Barbara, is the author, most recently, of Currency Statecraft: Monetary Rivalry and Geopolitical Ambition.