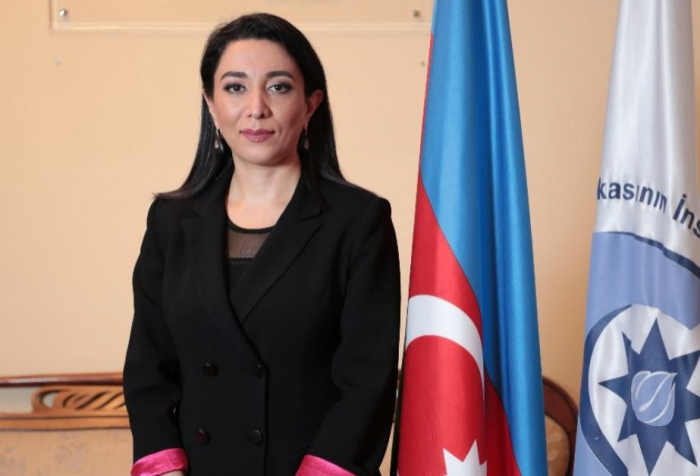 The Human Rights Commissioner (Ombudsman) of the Azerbaijan Republic has issued a statement in regard to the illegal “elections” held in the occupied Nagorno-Karabakh region of Azerbaijan and regular violation of ceasefire regime by Armenia in the period of the pandemic, AzVision.az reports.

The statement reads: "Ignoring the appeals of the United Nations, the World Health Organization and other international organizations, against the background of its aggressive policy, the Armenian government continues provocative actions to create a more dangerous situation in the region. Continued violation of the ceasefire by Armenia during the pandemic aggravates the living of people in the conflict zone.

A while ago, UN Secretary-General António Guterres made a statement, calling for an immediate global ceasefire in all corners of the world. “It is time to put armed conflict on lockdown and focus together on the true fight of our lives.” He called on warring parties to pull back from hostilities, put aside mistrust and animosity, and “silence the guns; stop the artillery; end the airstrikes”.

Undoubtedly, Armenia's continued violations of ceasefire during the pandemic, which has become a global problem, is a clear indication of disrespect for the UN chief’s statement, as well as for international law and the principles of humanism.

In her statement dated April 1, 2020, Cecilia Jimenez-Damary, the UN Special Rapporteur on the human rights of internally displaced persons said ‘internally displaced persons are at heightened risk of exposure to COVID-19 due to limited access to healthcare, water, sanitation, food and adequate housing, and often face discrimination.’ Taking this into account, it should be noted that living conditions in the settlements close to the conflict zone have worsened due to the pandemic. Thus, the provision of clean water to people living in these areas, and therefore their access to hygiene and sanitation services, is at risk. Resolution 2085 passed by the Parliamentary Assembly of the Council of Europe (PACE) in 2016 underlines that the lack of regular maintenance work for over twenty years on the Sarsang reservoir, located in one of the areas of Azerbaijan occupied by Armenia, poses a danger to the whole border region. The resolution emphasizes that the state of disrepair of the Sarsang dam could result in a major disaster with great loss of human life and possibly a fresh humanitarian crisis.

Note that, as the Armenian government ignores the UN Security Council resolutions Nos. 822, 853, 874 and 884 and international law norms, the Nagorno-Karabakh and seven adjacent districts of Azerbaijan are under occupation. The Armenian ethnic cleansing and occupant policy resulted in the brutal murder of more than twenty thousand innocent people including women, children and elderly people and torture of thousands of Azerbaijani hostages.

The resolutions of the UNSC defined the situation as ‘military occupation’ in the context of Armenia-Azerbaijan Nagorno-Karabakh conflict and the decision of the European Court of Human Rights in the case of "Chiragov and Others vs. Armenia" of 2015 has once again confirmed that the Republic of Armenia is directly controlling the occupied territories.

Also, Azerbaijani territories occupied by Armenian were identified as separatist-controlled areas in the resolutions, decisions and recommendations adopted by the European Union and European Council.

I call on the world community, particular international institutions to take all possible measures to liberate the occupied territories of Azerbaijan that were recognized by the UN, to prevent the violation of international law norms, as well as to restore the fundamental rights of IDPs."