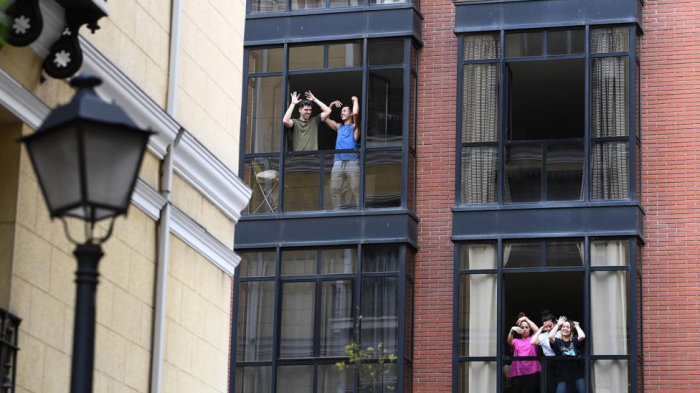 While staying inside our homes is helping to shield us from the pandemic, missing out on time outdoors might alter our risk of catching diseases in other ways.

For the past two months, a sizable chunk of the world’s population has been shuttered inside their homes, only stepping out for essential supplies. Although this may have reduced our chances of being exposed to coronavirus, it may have had a less obvious effect on our immune systems by leaving us more vulnerable to other infections.

Humans evolved on a planet with a 24-hour cycle of light and dark, and our bodies are set up to work in partnership with sunlight. One of the most obvious examples of this is the production of vitamin D in the skin in response to UVB exposure. This daily dose of vitamin D can help to strengthen our bones and teeth, but it also has an effect on our immune cells.

Vitamin D enables the macrophages in our lungs – a first line of defence against respiratory infections – to spew out an antimicrobial peptide called cathelicidin, killing bacteria and viruses directly. It also tweaks the activity of other immune cells, such as B and T cells, which orchestrate longer-term responses. People with low levels of vitamin D are at greater risk of viral respiratory tract infections such as influenza.

Researchers are now investigating whether vitamin D supplements could even reduce the risk of some of the severe complications associated with Covid-19. Earlier this month, Rose Kenny, a gerontologist at Trinity College Dublin, and her colleagues published data suggesting that European populations with the highest death rates from Covid-19, including Spain and Italy, have the lowest levels of vitamin D. This may sound counterintuitive, given their sunny climates, but it is thought that changes in lifestyle have led people to spend more time indoors, which combined with greater use of sunscreen in these countries, may be responsible for the lower levels of vitamin D.

Although other factors may also help to explain the high death rates from Covid-19 in these countries, “there’s strong circumstantial evidence for an association between vitamin D and the immune pathways that we know are implicated in Covid and particularly the severe Covid response,” says Kenny. First, vitamin D appears to reduce levels of a biochemical that causes inflammation called interleukin-6, which is associated with the severe breathing difficulties seen in the disease. Vitamin D also changes the availability of the same ACE2 receptor on lung cells that Sars-CoV-2 – the virus that causes the disease Covid-19 – uses to gain entry to these cells and establish an infection. If vitamin D has already altered these receptors, then it may make it harder for the virus to gain a foothold in the body.

Although randomised controlled trials are needed to confirm this protective effect, Kenny suggests all adults should consider vitamin D supplements during the current crisis. But there is a strong argument for getting a dose of vitamin D by spending more time outdoors as some of the restriction measures in many countries ease – particularly as it can bring other benefits.

Although there is no scientific data proving that regular exercise makes us less susceptible to catching Covid-19, various studies have suggested that it bolsters our defences against other viral infections including influenza and the common cold, as well as increasing the immune response to vaccination.

One explanation for these benefits is stress reduction. “We know that people use exercise as a buffer for stress, and it’s very clear that high levels of chronic stress are not good for the immune system,” says Neil Walsh, who studies the impact of exercise on the immune system at Liverpool John Moores University in the UK. “So, if you can reduce your stress levels by being active, then that will have a positive impact on your health.”

If you can do that by exercising in a park, woodland or other green space, then so much the better.  Numerous studies have found that getting outdoors in nature – even to an urban park – lowers people’s heart rates and blood pressure, as well as normalising secretion of the stress hormone, cortisol. Longer-term, living close to, and engaging with, nature is linked to a reduced risk of cardiovascular disease, type 2 diabetes and early death.

Besides higher levels of physical exercise and vitamin D, various theories have been put forward to explain these findings. One is that spending time outdoors may help to counter stress and loneliness, by bringing us into contact with other people. Then there’s the Attention Restoration Theory, which suggests that natural patterns and movement effortlessly engage our attention, providing our overstretched brains with an opportunity to rest and recover.

It’s also possible, however, that trees are affecting our immune systems more directly – several studies have suggested that spending a few days in a forest results in an increase in the number and activity of our natural killer cells – immune cells that help to detect and destroy viruses and cancer cells – in our blood. Scientists in Japan have proposed that the inhalation of substances called phytoncides, which are released by trees, may be a contributing factor. These have been shown to alter the activity of human natural killer cells when they’re grown outside the body, although further work is needed to confirm whether inhaling them has a similar effect.

“In practice, I think these various pathways probably work in synergy,” says Catharine Ward Thompson, director of the OPENSpace research centre at the University of Edinburgh, and co-author of a World Health Organization report on urban green spaces and health. “Phytoncides may be important, but you probably need to be fully immersed in the natural environment for some time to get these benefits, whereas psychological benefits such as relaxation and lowering of stress might be easier to obtain.”

Getting outdoors can also improve the quality of our sleep. Our time shut inside during lockdown could have disrupted our circadian rhythms – internally generated, close-to-24-hour cycles in the activity of numerous biological processes, including sleep. Our circadian rhythms are usually kept synchronised, or entrained, to the time of day when we are outdoors through the action of bright light hitting a set of light-sensitive cells at the back of the eye. These eye cells communicate with a patch of brain tissue called the suprachiasmatic nucleus, which functions as the body’s master clock.

“Indoor light is typically too low to promote entrainment, so if one does not go outdoors all week, these rhythms may become disrupted, resulting in disturbed sleep,” says Mariana Figueiro at the Lighting Research Center in Troy, New York. Her research has shown that office workers who are exposed to more bright light during the morning, by walking to work, for example, find it easier to fall asleep at night, and experience less disrupted sleep, compared to those who are exposed to dimmer light. (Read more about why natural light is so important for our sleep.)

“Circadian disruption and sleep curtailment have been linked to a reduced immune system response,” Figueiro says. “So, while light may not have a direct impact on immune function, it can have a strong indirect impact via its ability to entrain the circadian system and improve sleep.” Exposure to bright light during the morning also has a positive impact on people’s mood and may help to guard against depression.

As for how much time you need to spend outdoors to reap these benefits, it is difficult to say.  Although morning light is particularly important for keeping our circadian rhythms synchronised, optimal vitamin D synthesis occurs around noon, when the UVB rays in sunlight are at their peak.

So, if lockdown conditions allow, you should strive to get outdoors at least once a day, whilst taking steps to maintain social distancing and sunburn. Sunlight and nature are great healers, and they also come for free.