Cop26 climate talks in Glasgow will be delayed by a year, UN confirms 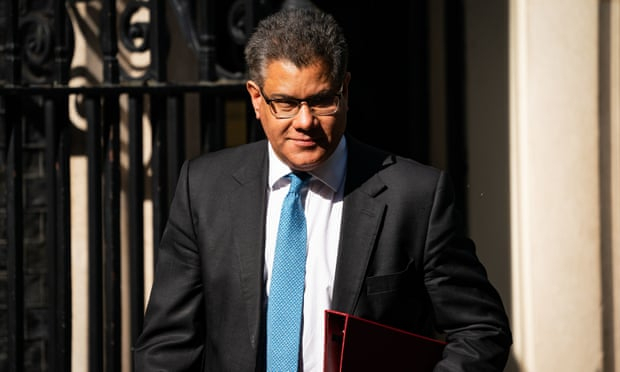 Global talks aimed at staving off the threat of climate breakdown will be delayed by a year to November 2021 because of the coronavirus crisis, the UN has confirmed.

The summit, known as Cop26, which 196 nations are expected to attend, will now take place in Glasgow from November 1 to 12 next year, as reports had anticipated, with the UK government acting as host and president. They were originally set to take place from 9 November this year.

Earlier dates were thought to be too difficult, as travel restrictions may still be in place in some countries next year and finding a new date was further complicated by the scheduling of other major international environmental meetings, including global talks on the biodiversity crisis, the Guardian reports.

Alok Sharma, UK business secretary and Cop26 president, said: “While we rightly focus on fighting the immediate crisis of the coronavirus, we must not lose sight of the huge challenges of climate change. We are working with our international partners on an ambitious roadmap for global climate action between now and November 2021. Everyone will need to raise their ambitions to tackle climate change.”

Cop26 is the most important international meeting on the climate emergency since the Paris agreement was signed in 2015. Under the landmark accord, countries must come forward every five years with revised plans on curbing greenhouse gas emissions in line with the Paris goal of limiting global heating to no more than 2C, and preferably no more than 1.5C.

Current national targets would take the world to at least 3C above pre-industrial levels, scientists warn, so countries are under pressure to come up with more stringent commitments.

According to the timetable, those emission-cutting targets – known as nationally determined contributions (NDCs) – should be put forward this year, even though the meeting itself has been delayed. The UK has not yet submitted its NDC, but has pledged to do so before Cop26.

Many developing countries and civil society groups were supportive of the delay, but called for governments to bring forward plans for a green recovery from the Covid-19 crisis, to set the world on the right track to meet the Paris goals.

Patricia Espinosa, the UN climate chief, also linked the two: “Our efforts to address climate change and Covid-19 are not mutually exclusive. If done right, the recovery from the Covid-19 crisis can steer us to a more inclusive and sustainable path.”

Sonam Wangdi, from the Kingdom of Bhutan, who chairs the Least Developed Countries group at the UN climate talks, said: “The postponement of climate negotiations should not be taken as postponement of climate action. Climate action has been delayed long enough … To focus on recovering from the Covid-19 crisis while ignoring action to address the climate crisis would only lead to more devastation in the future.”

Poor countries are concerned that the damage caused by the coronavirus crisis and the global economic shock will mean less assistance is available to help them reduce carbon emissions and cope with the impacts of climate breakdown.

Janine Felson, Belize’s ambassador to the UN and chair of the Alliance of Small Island States, said: “Small island developing states are at the brink of economic collapse, with the major drivers of our economies at a standstill. This comes at a time when we are preparing for a volatile hurricane season.”

As well as the Cop26 presidency, the UK will hold the revolving presidency of the G7 group of industrialised countries next year, and Italy – which will co-host Cop26 with the UK – will be president of the G20 group, which includes major emerging economies.

That puts the Cop26 hosts in pole position to steer both sets of discussions towards a green recovery, experts said. Environmental and development groups called on Boris Johnson – who spoke on Thursday at a development conference of the need “to build back better and base our recovery on solid foundations, including a fairer, greener and more resilient global economy” - to take an international lead.

“We need to see countries using their economic recovery packages to accelerate the transition to a zero-carbon world,” said Kat Kramer, global climate lead at the charity Christian Aid. “Boris Johnson needs to show he’s a credible host by ensuring the UK is leading the world with a truly green stimulus.”

“The government now has a short window of opportunity to start delivering on the Paris agreement,” said John Sauven, executive director of Greenpeace UK. “What is required is action, not words, starting at home by delivering a climate-proof economy that supports millions of jobs. Next year’s climate summit will only be a success if major economies use this opportunity to build a green recovery.”