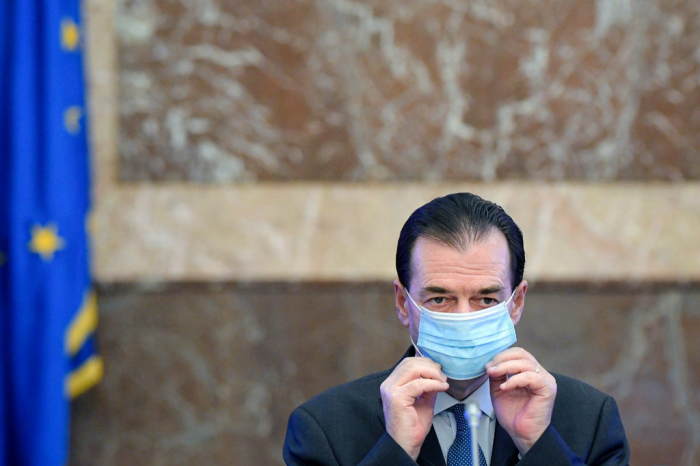 The Romanian prime minister, Ludovic Orban, paid a fine on Saturday for breaking his own coronavirus restrictions, after a photo widely shared on social media showed him with other cabinet members smoking in his office and not wearing a mask.

Mr. Orban paid 3,000 lei, or $690, for the breach, Reuters reported, citing the state news agency Agerpres. None of the officials in the image wore masks, which were thrown on the table, according to Reuters.

In a statement, Mr. Orban admitted to breaking the lockdown rules on May 25, his 57th birthday, when some cabinet members gathered at his office after work.

His fine comes the same week that Prime Minister Boris Johnson defended his closest aide, Dominic Cummings, for breaching Britain’s lockdown rules by driving across the country to visit relatives, even when he was falling ill with the coronavirus.

In April, Mr. Cummings drove to visit his parents in Durham, in the north of England. He said there was no other way to get care for his young child after he and his wife began showing symptoms of the virus.

“He followed the instincts of every father and every parent, and I do not mark him down for that,” Mr. Johnson said at a news briefing. “I believe that in every respect, he has acted responsibly, and legally, and with integrity.”

But that account came under question after The Observer and the Sunday Mirror reported that Mr. Cummings and his family had been spotted elsewhere on Easter Sunday.