Azerbaijan’s foreign policy and implications for the region -  ANALYSIS 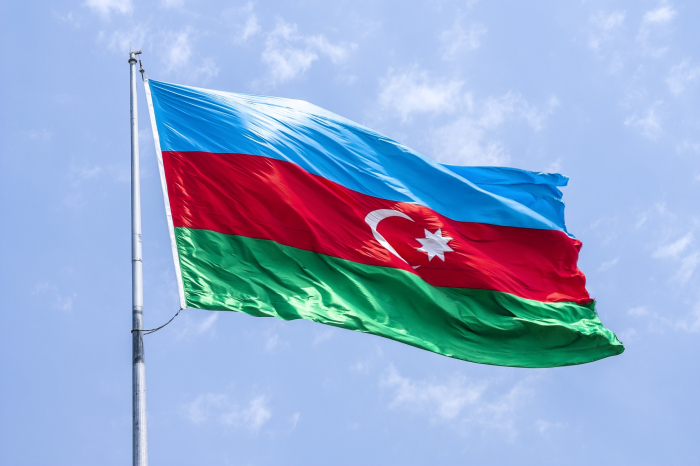 The foreign policy of Azerbaijan is profoundly influenced by its geostrategic location. Not only does the country act as a natural bridge between Europe and Asia, but it also serves as a gateway for a major proportion of trade between the East and West.

Moreover, it continues to play a vital role in the transit of hydrocarbons from the Caspian basin and is a part of some of the world’s most crucial energy routes. However, while the opportunities arising from such a geopolitical location are plentiful, the challenges are no far behind. For a country with a pre-eminent Muslim population, a post-soviet history, an indispensable presence on the political map of Europe, and a neighborhood that consists of Russia, Turkey and, Iran, foreign policy is not just an instrument for international relations but in fact, a tool for survival.

Azerbaijan is situated in the South Caucasus, a geographical area that is a playground for many regional and international powers. The regional powers including Russia, Turkey, and Iran have vital economic and political interests vested within the area. Similarly, the United States and the European Union continue to make efforts to bring the region under their influence. The difference in approaches and varying interests of the regional and international players puts a huge responsibility on Azerbaijan to maintain peace within the South Caucasus. Thus, to manage any clashes of interest, the country for long has been working to maintain a foreign policy that is not only pragmatic but also balanced.

One of the principal objectives of Azerbaijan’s foreign policy is to convert any threats that may jeopardize the efforts to maintain peace within the region, into strategic alliances and opportunities. It has so far acted as a responsible partner in its foreign relations and has maintained a stable position on various regional and global issues. The countries predictable nature that excludes the element of surprise in all its multilateral and bilateral relations have helped increase its credibility in the international arena. Since a state that maintains a straight and stable foreign policy is more likely to be trusted over a state that displays an impulsive foreign policy, Azerbaijan has earned its reputation as a trustworthy partner.

The implications of Azerbaijan’s foreign policy go beyond the conflicts between regional and international players. A crucial guideline that shape s its foreign policy revolves around ensuring a secure corridor between Asia and Europe for the smooth flow of trade, resources, energy, communication, and technology. Without a stable policy that guarantees the corridor to be open in both directions of Eurasia, the economic and political stability of the two continents can be at stake. Moreover, Azerbaijan’s foreign policy strategy has been carefully developed to ensure the free and uninterrupted flow of trade.

Some experts believe that Azerbaijan’s pragmatic approach to foreign policy is a result of its limited choices, while others tend to mistake its pragmatism for passivity induced by the country’s geostrategic location or realpolitik. However, these assumptions are inaccurate. Azerbaijan’s foreign policy is an outcome of its careful consideration of national interests and nothing less.

For a long period, the relations between Russia and Azerbaijan have remained equivocal. While there has been cooperation on various fronts, there is an evident clash of interests and differing views on regional politics. Nevertheless, increased and frequent communications have had a positive effect between the two states in multiple sectors including military, trade, economy, education, science, and culture. Since Azerbaijan aspires to maintain a balanced foreign policy, it cooperates with Russia but does not bind itself to it. On the contrary, Azerbaijan is working to have closer relations with America and the European countries. It was one of the first post-soviet states to welcome western investment thus, creating a strategic bond with the Euro-Atlantic region despite Russia’s continued efforts to keep Azerbaijan solely under the influence. Nonetheless, both the countries share the same vision: sound relations between Moscow and Baku ensure peace and stability within the South Caucasus. Therefore, keeping this vision in mind, both the states continue to accommodate each other.

Iran’s active involvement in the South Caucasus, a shared border, and the link it provides to the Nakhichevan Autonomous Republic, Azerbaijan’s enclave, puts Iran at a special place in Baku’s foreign policy. Iran is an important trading partner of Azerbaijan and despite the US sanctions, there have been significant economic relations between the two states. Azerbaijan always tries to make efforts to maintain good neighborly relations and assured Tehran that per the 2005 non-aggression pact, the country’s territory will never be used against Iran.

Turkey is without a doubt the top strategic partner of Azerbaijan. The two states are cooperating and currently linked under a multitude of projects ranging from political, military, and economic to cultural and social. The close ties between Ankara and Baku are often expressed using the dictum “One nation, two states”. Turkey continues to develop Azerbaijan’s armed forces to the highest standards, thus establishing a favorable environment for NATO’s relations with Azerbaijan. On the other hand, Azerbaijan is fully supporting Ankara’s ambitions to become a regional energy hub, hence there has been increased cooperation on energy projects and the development of energy policies that are economy-friendly. In a recent interview, Azerbaijan’s ambassador to turkey stated: “Sky is the limit for Turkey-Azerbaijan relations”.

One of the top priorities of Azerbaijan’s foreign policy is the Nagorno-Karabakh conflict with Armenia. The election of the Armenian Prime Minister Nikol Pashinyan in 2018 gave an opportunity to restart the negotiations; however, his approach at resolving the issue has proved to be counteractive. Sitting at the negotiation table, he expressed his inclination towards the wishes of Azerbaijani people in resolving the conflict, while later Nikol publically declared: “Nagorno-Karabakh is Armenia full stop”. This once again froze all negotiations between the two states.

Since the very start, Baku has adopted a pragmatic and constructive approach towards the conflict. Not once has it hinted at using its right to self-defense granted under article 51 of the UN Charter. During Negotiations, it has proposed to give the largest possible autonomous status to Nagorno-Karabakh within the territorial boundary of Azerbaijan. However, all these efforts have gone to vain. Similarly, Baku has struggled to convince the co-chairs of Armenia’s largest Diasporas to convince the Armenian government to turn over the Azerbaijani territories. Thus, the issue is currently far from being resolved.

Azerbaijan aims to maintain a diversified foreign policy that excludes one-sided approaches in the case of both regional and international players. It is working to preserve a balanced approach in order to avoid being dragged into the great power orbits of either Washington or the Kremlin. As a result of its pragmatic approach, the country has been able to sustain cooperative relations with its neighbors and has succeeded in establishing strategic partnerships that have in turn minimized threats.

Its foreign policy choices have been determined by its national interest, and not by its lack of choices as claimed by some experts. All in all, Azerbaijan has been successful in pursuing an independent and balanced foreign policy.